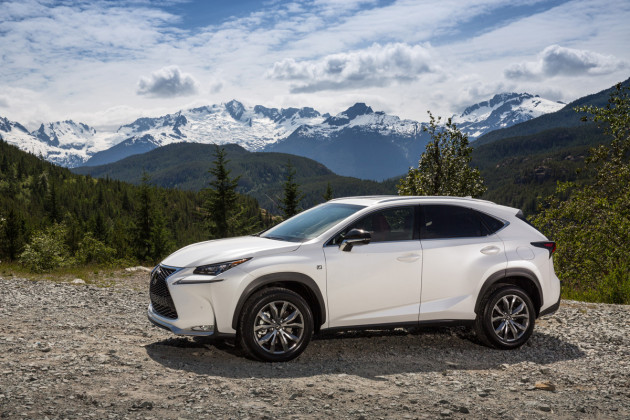 The NX 200t is a brand new model from Lexus, fitting just underneath the larger RX series without becoming a sedan. It’s a great styling mix that seems odd on paper, but looks great in person. The 2015 NX 200t takes its cues from the IS sedan series and the RX crossovers. The result is aimed squarely at the upscale young female market and it flies true.

On the exterior, the NX 200t has a sedan’s hood, a crossover’s body stance, and the sleek curvature of a station wagon without going past that Griswold point. Women in the targeted demographic for this new Lexus seem to universally love the look. It appeals to their style, looks upscale enough to showcase their ambition, and is versatile enough to bring out their maternal instincts. Once inside, these impressions are reinforced. 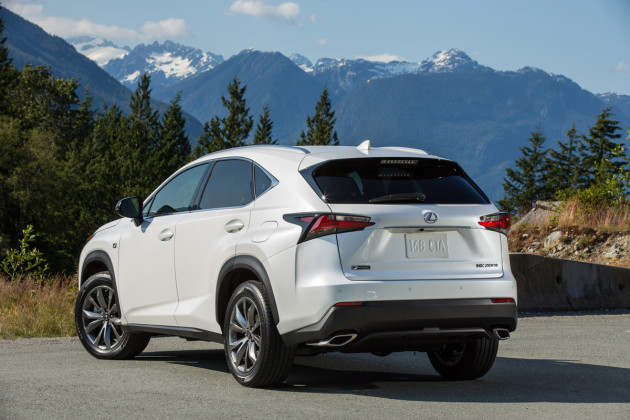 The interior of the 2015 Lexus NX 200t is focused on passenger comfort. Because of its small size, of course, something had to sacrifice for that and in the 200t’s case, it’s cargo space. This may be the only problem anyone will have with this new Lexus. The trade is an adult-usable back seat despite the compact size of the NX and the fun maneuverability that same smallness provides.

Fit and finish for the interior of the NX 200t is lifted directly from the RX models. The F SPORT series has the beautiful auburn seat tops and black interior with white stitching we’ve seen on several Lexus models now. Add in the aluminum sport pedals and aluminum-colored faux carbon fiber trim finishes and it’s a great look that appeals to both sexes. Our chief complaint about the interior of the 200t is actually the infotainment, not the layout or fit and finish. The base model NX 200t’s infotainment requires you to reach forward and stretch to get to the control knob while the upgraded option adds a well-intentioned mousepad-style controller that is clunky and imprecise. Their infotainment user interface is the one area where Lexus almost completely fails to find a younger audience. 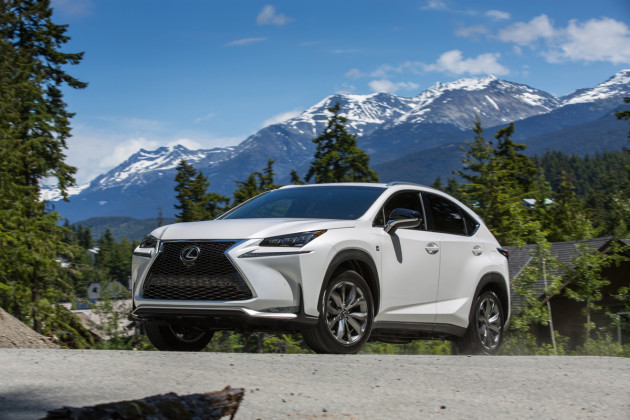 The powertrain in the 2015 Lexus NX 200t is perfect for the little crossover. It’s a departure from the usual Toyota-Lexus engines, but probably heralds where the future of the brands are going. We’re talking about the 2.0-liter four-cylinder that is turbocharged to 235 horsepower and 258 pound-feet of torque. Yes, we say “turbocharged” while talking about a Toyota product. Get used to it, you’ll probably see it more often going forward. Not surprisingly, which may sooth the shock, there is also a hybrid option for the NX.

The 2015 Lexus NX 200t F SPORT that we drove will do 0-60 in about 7.5 seconds on average thanks to the shiftable six-speed automatic transmission. Average for the small crossover segment, but it’s downright zippy when you’re in a vehicle this tiny. The EPA rates fuel economy at 24 mpg combined in the all-wheel-drive option as we had it. Add about 1 mpg for the front-wheel drive version. 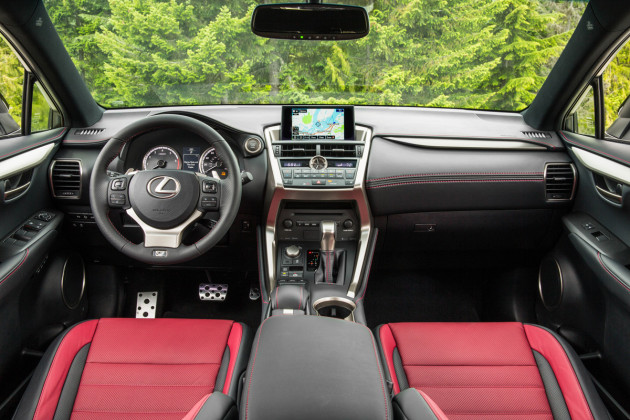 Now for the real rub when it comes to the 2015 NX 200t: road presence. The crossover is aimed mostly at a feminine audience, so it’s naturally well-mannered and easy to drive. Yet it has a sporty appeal and a suspension just rough enough that car guys will enjoy being in the NX. Add in the fact that friends can come along for a double-date, thanks to the roomy rear seating, and the NX 200t becomes a great proposition.

Out on the highway, the 2015 Lexus NX 200t is a smooth driver, but it really comes into its own when piloting around town and in the city. In harsh traffic and tight spaces, it’s a great little crossover. Plus, with the AWD option, when the going gets tough, it still goes.

Headed On A Road Trip This Summer? Make Sure Your Tires Are Up For The Task