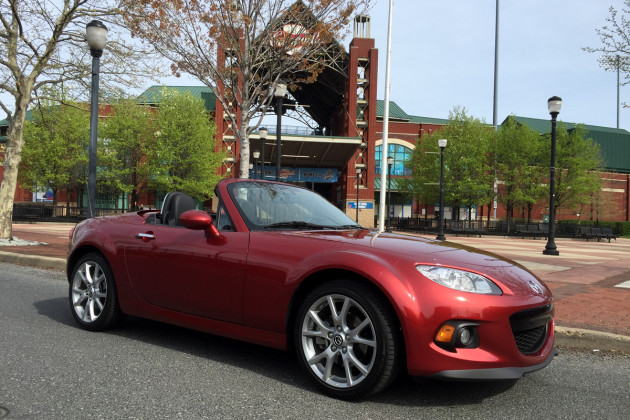 With the 2016 Mazda MX-5 Miata promising to be lighter, smaller, quicker and more nimble than the previous generation Miata, you might wonder why we chose to review the outgoing model.. Initially, we wanted to get some extended seat time in the 2015 Miata so that we could compare it to the new model. But along the way, we realized that this model has a lot to offer customers, and it might even be the better choice for some.

You see, the 2016 Miata only comes with a soft-top, while the 2015 Mazda MX-5 Miata comes in your choice of soft top or power retractable hard top (PRHT). And while many purists have complained that the hard top adds unnecessary weight to the lightweight Miata, unless you’re driving the two cars back to back, you’ll be hard pressed to tell the difference. 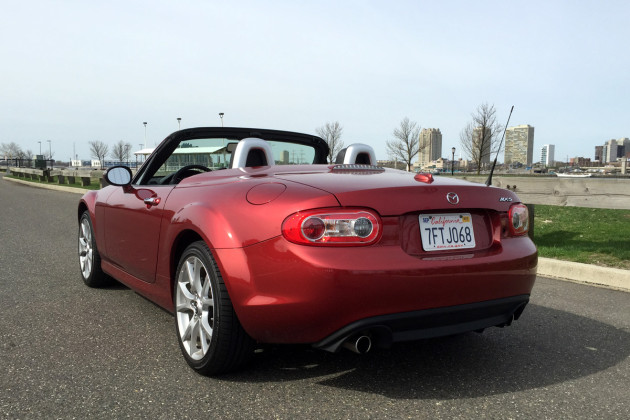 But as someone who’s driven convertibles for the better part of 15 years, I can’t tell you what a difference the power retractable hard top makes, both in terms of safety and security, but also in just making the Miata a much more enjoyable car that can be driven year round, regardless of the weather. Leaky roofs, wind noise, and cowl shake are things of the past.

The Miata is pretty barebones, with two seats, a snug interior (without much in the way of technology), and a trunk that can maybe fit a few bags. My first reaction upon getting into the car was, “Damn, $33K for THIS?!” But once I dropped the top and basked in the glow of the sun while cruising the open road, it all made sense. All of your thoughts and responsibilities go out the windows as the Miata, with close to 50-50 weight balance, takes curves as if it’s on rails. 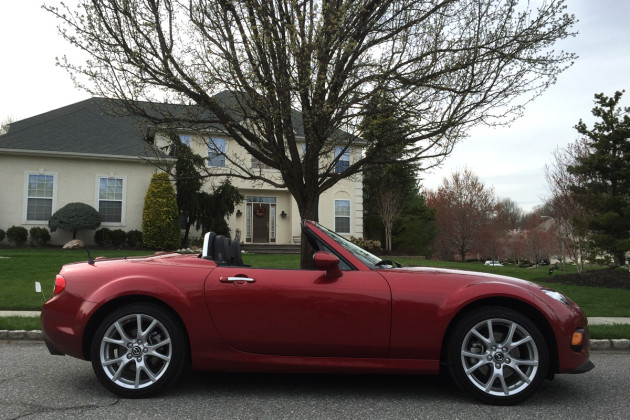 Sure, with 167 horsepower and 140 lb-ft of torque, you’re not going to win any races with the Miata, but that’s not what the car is about. Much like the Scion FR-S / Subaru BRZ, it’s all about the driving experience, and it delivers this in spades. There’s the slightest hint of oversteer, but the $650 suspension package (sport tuned suspension, Bilstein shocks, and limited slip differential) keeps you nice and flat through the turns. And the short-throw six-speed shifter is without a doubt one of the best in the industry.

Now as I mentioned, our 2015 Mazda MX-5 Miata Grand Touring PRHT had a price tag that gave us a bit of sticker shock, coming in at $32,935. But this car was loaded to the hilt with every option possible. The base price for a Sport soft top is considerably less at just $23,970, and at that price it offers quite a bit of bang for the buck. And considering the 2016 models will be arriving in showrooms very shortly, it’s only a matter of time before dealers start aggressively slashing prices to move any remaining inventory they have. 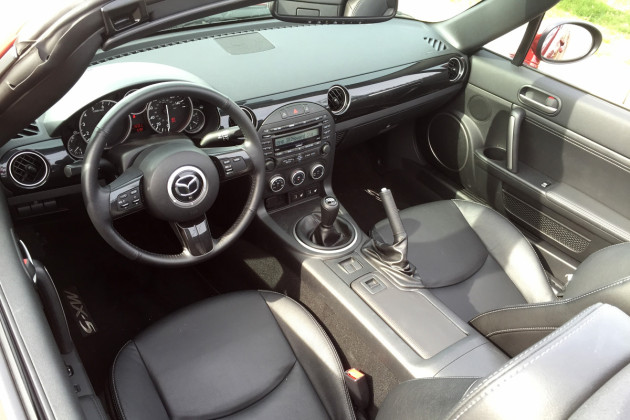 We loved our time with the 2015 Mazda MX-5 Miata, and we hated giving the keys back. It’s easy to see why the Miata holds the Guinness World Records as the best-selling two-seat roadster on Earth. Whether you’re looking for a daily driver or just a fun toy for the weekend, the Miata is sure to please. Zoom-Zoom! 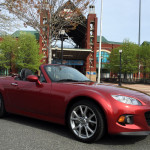 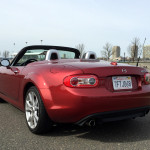 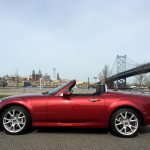 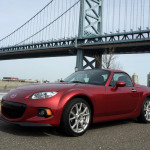 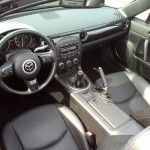 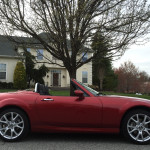