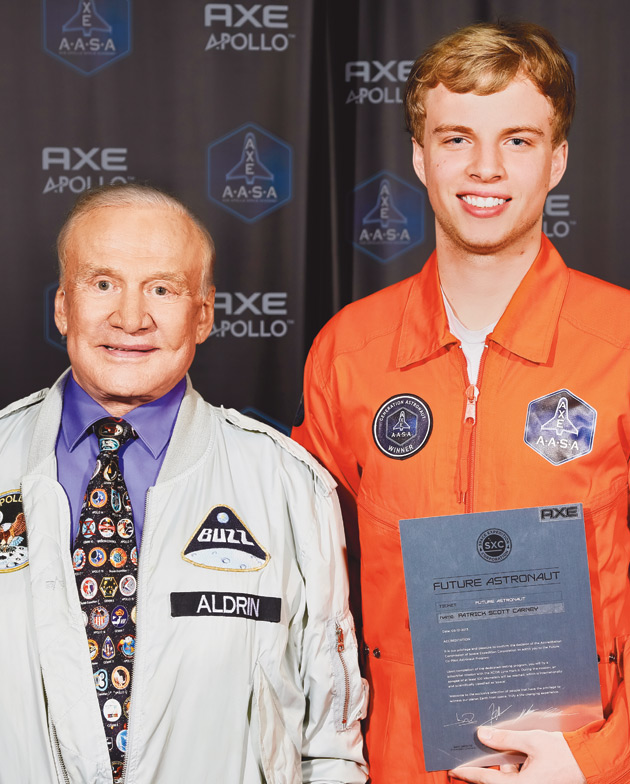 Earlier this year, the AXE Apollo Space Academy held a contest in which the winners would get the chance to travel to space! They received over 1 million global submissions, out of which 107 recruits from 60 countries were selected to travel to Kennedy Space Center in Cape Canaveral, FL last week to compete in a series of intense space training missions for 23 tickets to space.

The United States will be represented on this trip to space by Patrick Carney, a 21-year-old college student from Virginia who has been pushing himself to achieve this goal of space travel since the early days of the A.A.S.A. campaign. Congrats to Patrick on a job well done!