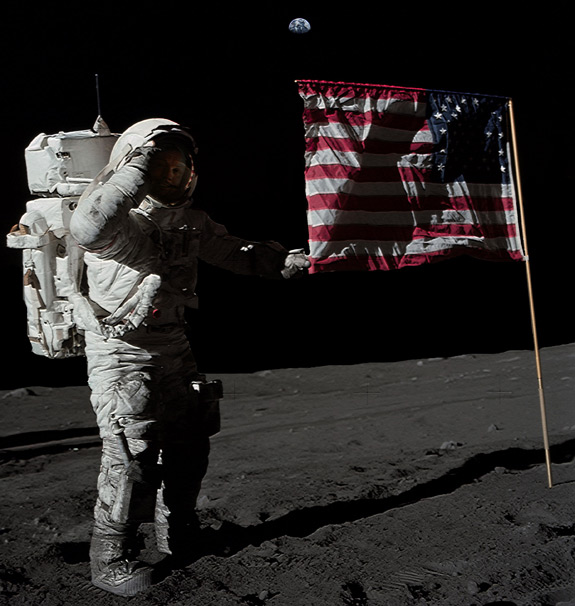 Well, not exactly.. I imagine the conversation NASA had with them went something like this:

“You three have been chosen to be the first men on the moon. You will face many perils, do what man has dreamed since the dawn of time to do. You will be the first people to ever step on an astral body besides the Earth…. Except you Collins. You watch the ship.”

—
On July 20, 1969, an estimated 530 million people watched Neil Armstrong’s televised image and heard his voice describe the event as he took “… one small step for a man, one giant leap for mankind.”