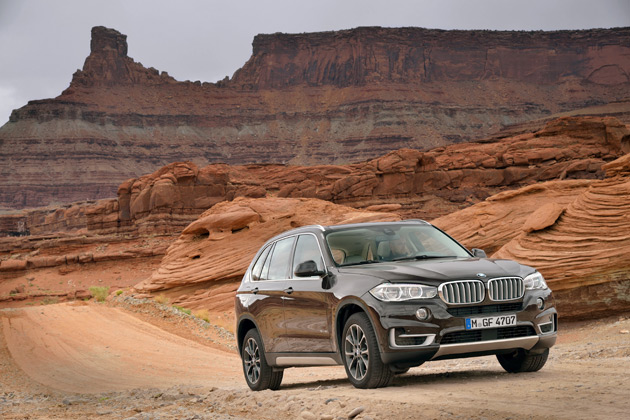 Last month, BMW unveiled the all-new 2014 BMW X5, giving us a dizzying amount of information about their new “Sports Activity Vehicle”. But there was one vital piece of information missing – Price.

Well, the wait is finally over, as BMW has released pricing information for the new X5. Here’s the breakdown:

All prices include $925 destination and handling.

The 2014 BMW X5 will offer a new model and a first for the original Sports Activity Vehicle, the X5 sDrive35i, which marks the first time that an X5 model has been offered with rear-wheel drive. It, along with the X5 xDrive35i, will be powered by BMW’s multi-award winning 3.0-liter TwinPower Turbo inline-six.

The V8-powered X5 xDrive50i will use BMW’s latest 4.4-liter TwinPower Turbo V8. It offers improvements in horsepower and torque, while at the same time improving efficiency. These models will arrive in showrooms in the fourth quarter of 2013.

A new Advanced Diesel model will join the line-up a few months later. The 2nd-generation X5 xDrive35d features a new 3.0-liter TwinPower Turbo inline six-cylinder diesel engine. It will provide the abundant torque for which BMW Advanced diesels have become renowned while offering significant improvements in efficiency over its predecessor.

All models will be equipped with BMW’s latest 8-speed automatic transmission.

Ripping Up The Racetrack In A 2013 Subaru BRZ Premium