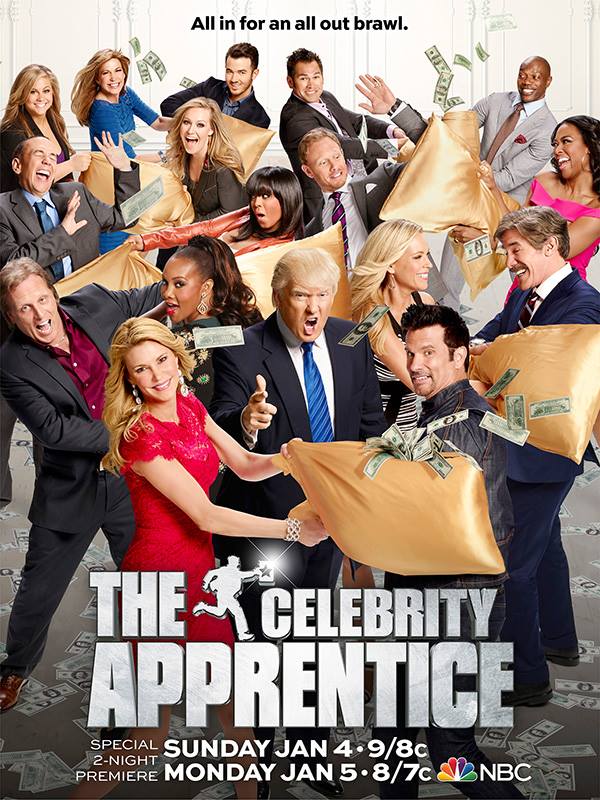 Donald Trump made an appearance on The Today Show to announce the list of stars who’ll be appearing on the next season of The Celebrity Apprentice, and the list is pretty epic!

And here’s video of the cast from their press conference:

Now that’s a pretty amazing cast, don’t you agree? Trump’s formula hasn’t changed much over the years, with a couple of Olympians, some athletes, a comedian, a bunch of reality stars, and some washed up actors and actresses. The only thing that could have made this cast better would have been if he could have locked in Jon Gosselin as well, that would have made for some amazing drama!

My money’s on Ian Ziering, but I think Gilbert Gottfried could be a dark horse in this competition as well. Who do you think will become the next Celebrity Apprentice?

Tune in January 4th to watch the new season of Celebrity Apprentice.