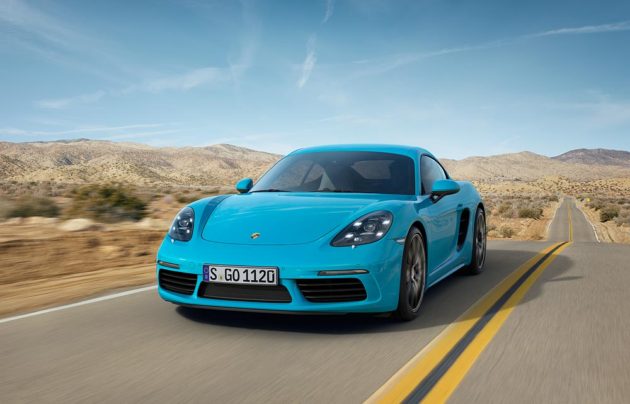 When Porsche unveiled the 718 Boxster back in January, we knew that it was just a matter of time before the Cayman would get the same treatment. And sure enough, today Porsche announced their new 718 Cayman. 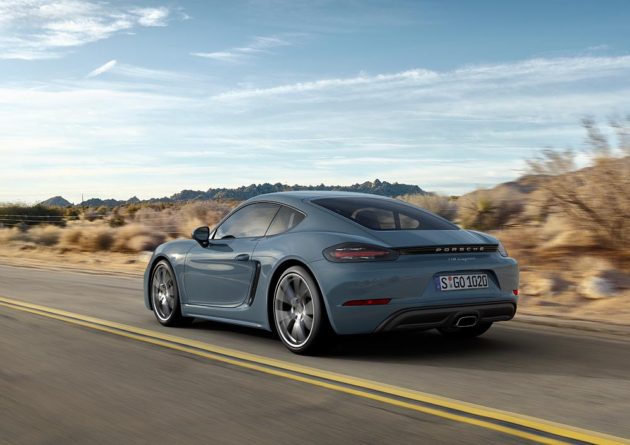 But it’s not just about power. The third generation Cayman has a more striking and athletic appearance. The front fascia has a sharper profile, giving the front of the car a wider, more muscular appearance. Ultra-slim front lights above the air intakes reinforce this impression. Prominent air intakes and Bi-Xenon headlights with integrated LED daytime running lights also characterize the new 718 Cayman. 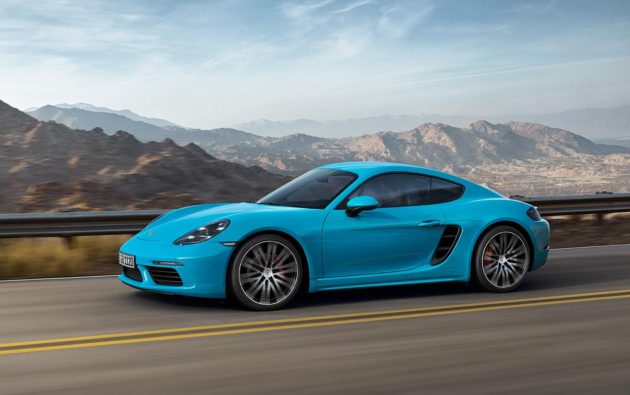 At the rear, the redesigned rear fascia appears wider than before due to the high-gloss black accent strip with integrated Porsche logo. The taillights have been completely redesigned and are distinguished by the three-dimensional look and four-point brake lights that appear to float freely.

The 718 Cayman enjoys new chassis tuning for greater cornering precision and more lateral grip, following in the footsteps of the legendary 718 cars. Firmer springs and sway bars as well as retuned shock absorbers improve lateral grip and tracking stability. The steering rack with a 10% quicker on-center ratio compared to the previous model has been adapted from the 911 Turbo and enhances agility as well as driving pleasure. The rear wheels, which are one-half inch wider, and a new generation of tires increase lateral grip to allow for even better cornering. 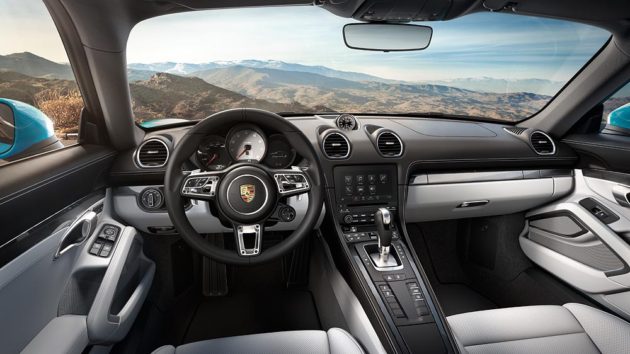 The 718 Cayman will go on sale in the US in late November, with a starting price of $53,900 for the base car and $66,300 for the S model. That’s right, for the first time ever, the mid-engine sports coupe is priced below the roadster.

What do you think of the Porsche 718 Cayman?

The New Ford GT Will Set You Back Nearly $450K.. Assuming You Can Get One