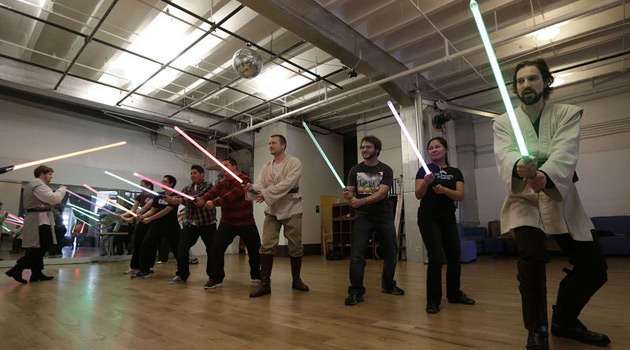 With seven locations spanning from Milan to Vercelli, LudoSport trains would-be Jedis and Siths in the art of plasma sword sparring. Through a series of lessons, clinics, seminars, and tournaments, the self-ordained Masters of the Saber teach eager students seven different styles of lightsaber combat.

Taking part in LudoSport’s lightsaber training requires a Combat Academy membership (€40/year), plus the payment of individual course, seminar, and tournament fees. They supply the lightsabers, made largely of aluminum hilts, soft polycarbonate tubes housing a reflective film, and electronic parts for movement sensors and sound effects. Anyone ages 8 and older can join the Academy. However, only those with the Force will survive it.

This sounds ridiculous to me, but Star Wars geeks will surely eat this up..