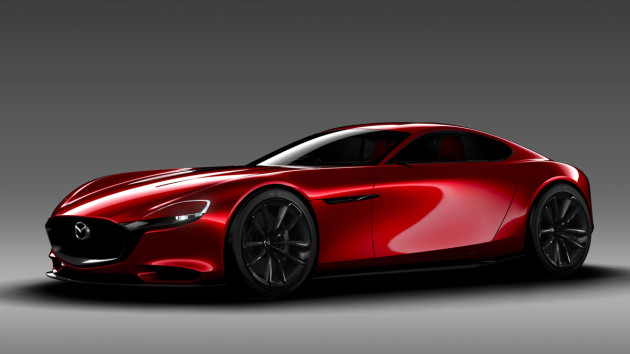 Mazda unveiled the rotary-powered Mazda RX-VISION sports car concept today at the Tokyo Motor Show, giving rotary nuts around the world hopes for a successor to the storied RX-7.

The RX-VISION concept represents a vision of the future that Mazda hopes to one day make into reality; a front-engine, rear-wheel drive sports car with exquisite, KODO design-based proportions only Mazda could envision, and powered by the next-generation SKYACTIV-R rotary engine. 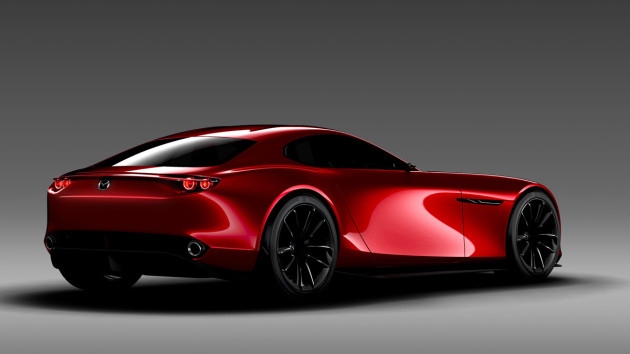 For those of you unfamiliar with rotary engines, they feature a unique construction, generating power through the rotational motion of a triangular rotor. Overcoming numerous technical difficulties, Mazda succeeded in commercializing the rotary engine, fitting it in the Cosmo Sport in 1967.

As the only automaker to mass-produce the rotary engine, Mazda continued efforts to improve power output, fuel economy and durability, and in 1991 took overall victory at 24 Hours of Le Mans with a rotary engine-powered race car. Over the years, the rotary engine has come to symbolize Mazda’s creativity and tireless endeavor in the face of difficult challenges. 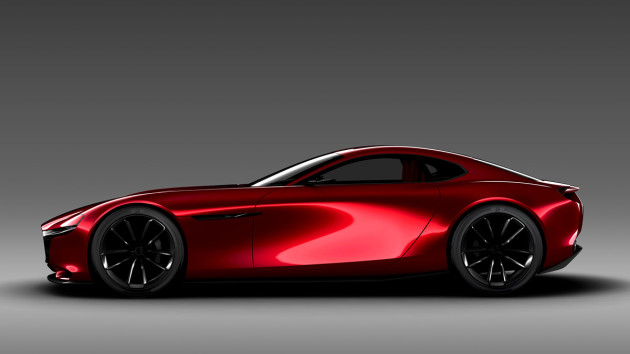 Unfortunately, the FD RX-7 was plagued with reliability issues (which is why they’re a relative bargain on the used car market today), and the RX-8 never really caught on, and as such the rotary engine went away a few years back.

Thankfully, this concept shows us that Mazda has never stopped research and development efforts towards the rotary engine. The new SKYACTIV-R rotary engine expresses the company’s determination to take on challenges with convention-defying aspirations and the latest technology. 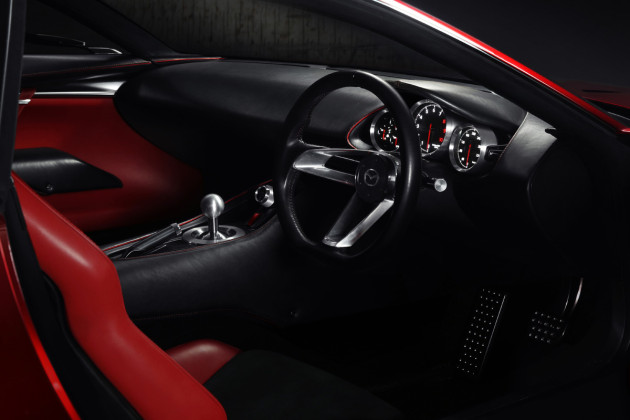 “I look forward to talking with you more about this vision we have revealed here today at the Mazda stand,” said Mazda’s President and CEO, Masamichi Kogai. “Mazda will continue to take on new challenges in an effort to build a special bond with our customers and become their ‘one and only’ brand.”