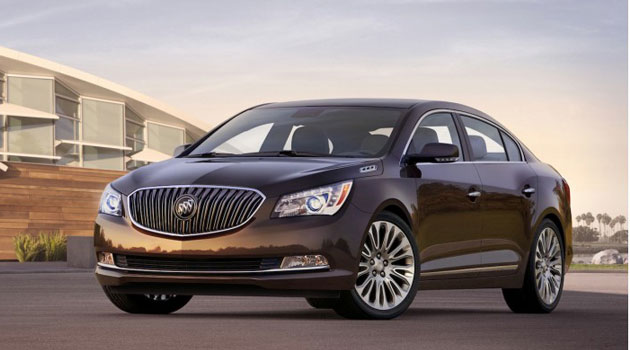 When you think of Buick, you probably think of cars that are geared for the geriatric crowd. And for years, that was the demographic they catered to.. But Buick has quietly been reinventing themselves as a premium brand, and there’s no better example of this than with the 2014 Buick LaCrosse AWD.

While you might not realize it at first glance, the 2014 LaCrosse actually received numerous styling changes inside and out. The exterior changes are rather subtle (oversized waterfall grille, LED-trimmed headlights, reshaped LED taillights, etc), but the interior has undergone a complete redesign, with a more luxurious and upscale look and feel, along with technology features galore.

The LaCrosse is full of surprises, and one of the first things that struck me about the LaCrosse was how well it handled. Older Buicks tend to have softly-tuned “boat-y” suspensions, but this Lacrosse is nothing like that. The car has tight handling, a firm suspension, and plenty of grip thanks to all-wheel drive. The car also has plenty of power, courtesy of it’s 3.6L direct-injected V-6 that puts out 304HP and 264lb-ft of torque.

The interior of our Premium I-equipped LaCrosse screamed luxury, with plenty of high-quality leather (seats, dash, even the radio knobs were wrapped in leather!) and wood accents throughout. Those wanting to take things a step further can opt for the Ultra Luxury Interior Package, which has semi-aniline leather seats and trim, synthetic suede on the headliner and door pillars, and Shadow Tamo Ash wood.

GM’s patented Safety Alert Seat works with these features, providing seat vibration pulses indicating the direction of a potential crash threat. It’s a great system (first debuted on the Cadillac XTS) that I came to appreciate while backing out of crowded parking lots. On the flip side, I found the Lane Departure Warning system to be overly sensitive, buzzing my backside every time I turned short and crossed a line.

But the technology features extends well beyond safety. A heads-up display (HUD) helps you keep your eyes on the road while displaying important information on your windshield. There’s a configurable eight inch color electronic instrument panel and gauge cluster that’s great looking and super trick. There’s also an eight inch touch screen in the center stack that uses smartphone-influenced swipe controls for easier navigation when using the radio or navigation system. And there’s an updated version of IntelliLink that is remarkably similar to Cadillac’s CUE system, minus the haptic feedback.

Pricing on the 2014 Buick LaCrosse runs the gamut. A base model FWD LaCrosse starts at just $34,060. Our option-heavy AWD loaner had a sticker price of $45,475. Add a few more options, and it’s possible to hit the $50K mark. Its not cheap by any stretch of the imagination, but you do get a lot of car for the money.

If you’re in the market for a full-size luxury vehicle, be sure to stop by the Buick dealership and check out the new LaCrosse for yourself. You’ll be pleasantly surprised. 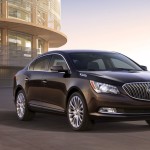 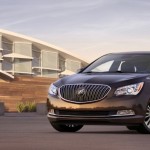 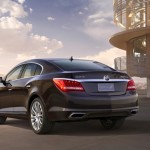 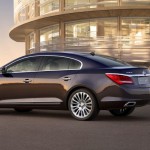 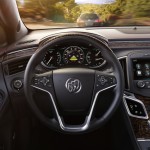 Related Topics:2014 Buick LaCrosseBuick
Up Next