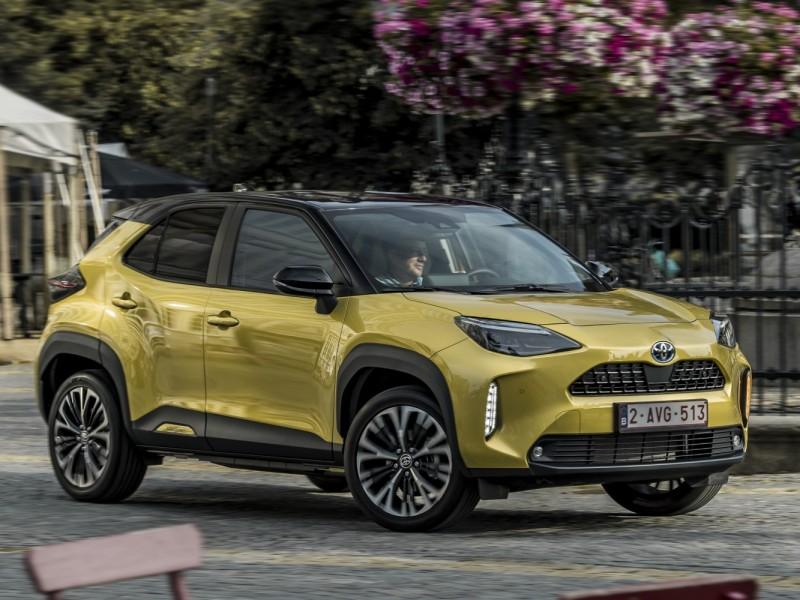 Toyota recently released the Yaris Cross, its latest crossover SUV, which comes with a hybrid powertrain plus an AWD system in order to compete with the Mazda CX3 and Hyundai Kona which have been dominating the sales aspect of crossover SUVs. There are a lot of cars to choose from in this particular segment.

If you are confused about the specifics of this vehicle, we’ve got you covered. You can find all information about Toyota Yaris Cross in this particular informative article. There has been a new trend wherein the car manufacturers have been taking a car from their hatchback segment and making certain modifications with regards to size and power.

These modifications significantly increase the height and also the overall cargo and boot space in the car. The height of the car can be associated with SUVs, hence the name ‘Crossover SUVs’. These crossover cars are not as big or costly as the SUVs but still, give an impression similar to that of an SUV.

The Toyota Yaris Cross is based on the hatchback version of Corolla and the normal Yaris, only larger. But the Yaris Cross goes even further, coming with huge and well-defined 16 or 18-inch wheels which give it a bolder and broader look.

All of these design changes make the car to be labeled under the SUV category.

Pros and Cons of the Toyota Yaris Cross

Every car has its own set of pros and cons. The pros and cons let a person decide which car he wants and also let him make a comparative analysis in that particular segment of cars.

Once the user looks at the respective pros and cons, he/she can make an effective decision on whether or not the car suits his requirements. With this, we would like to move to the advantages and disadvantages of the Toyota Yaris Cross.

Overview of the Engine, Safety and Performance of the Toyota Yaris Cross –

If we look at the major aspects of the car which define the overall experience then they definitely are the engine, the performance, and the safety levels which come alongside the car.

However, due to the additional weight of the frame of the crossover SUV model, the engine power will feel a bit underwhelming especially when you are looking for a quick acceleration for the purpose of overtaking.

There is also a hybrid powertrain system installed in the car which improves the acceleration levels with the help of electricity. Speaking in terms of gear, the Yarris Cross comes by default with an automatic transmission system.

The automatic transmission system makes the gear shifting quite smoother since the driver does not have to shift gear again and again with respect to changing speeds.

A lot of reviewers have noticed the fact that the suspension sometimes feels a bit stiff and shaky especially while driving over unpaved roads and small potholes.

If you are buying the hybrid version of the Yaris Cross this issue gets resolved by itself due to the added weight.

The overall vibration levels inside the cabin seem to be a little dodgy since while driving on high speeds the sound of air causes a lot of irritation to the driver and the passengers alike.

The Toyota Yaris Cross is hands down the safest car in its segment. This can be substantiated by the fact that it has received an ANCAP rating of 5/5 for the crash tests conducted.

It has also received the score of almost 33 out of 38 in the context of adult protection. The Yaris Cross has been fitted with ventilated disc brakes and solid disc brakes at the front and the back respectively. It comes with the famed ABS system alongside, Brake Assist and also Vehicle Stability Control.

There are a total of 8 SRS based airbags installed in the car. Two of them are in the front, two in the sides, two in the passenger seats, and finally two of them being curtain airbags.

Speaking on an overall perspective of the Toyota Yaris Cross. It seems to be a well-designed car. There could definitely be improvements in the aspect of the performance of the engine and the price of the car could be reduced as well.