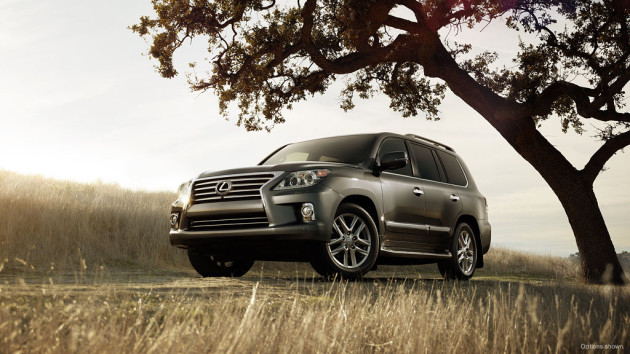 What if I told you that the vehicle that’s won the Baja 1000 in Mexico is a luxury sport utility? What if I told you that it’s won two years in a row and is an $89,000 Lexus? Yep, the highly capable 2014 Lexus LX570 is the machine that has won one of the most grueling rally races in the world is a luxury SUV. When you think about it, of course, it makes perfect sense. Who better than Toyota to build a luxury machine that is capable of off-road extremes? This is the same company that builds the legendary Land Cruiser with all of its African and Outback heritage.

Automakers tend to take the road or lack of one as their focus when building a luxury SUV. After a week in the 2014 LX570, it became clear that this machine is one of those sport utilities that takes its off-pavement activities as a primary function. There is a reason that the LX570 has such a strong global following. 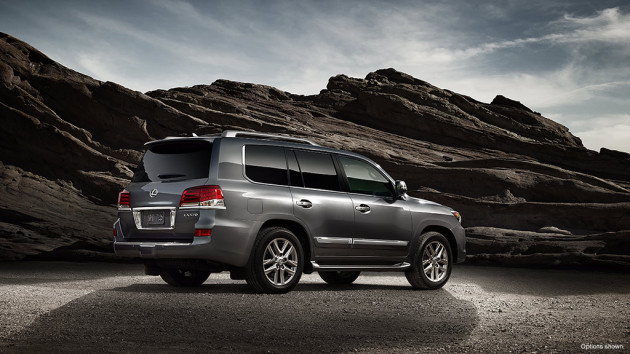 Beyond its ability to take extremes of climbing, digging, pulling, mud-slinging, and rough road endurance, though, the 2014 Lexus LX570 is also a true luxury sport utility with all of the fit and finish that implies. It’s exterior has the same basic look of the Toyota 4Runner it is based upon, with the exception of a Lexus-style grille and a few changes to pillars and body panels to give it a Lexus look. Like most full-sized SUVs, though, it is basically a box on wheels with seating for 7 or 8, depending on interior options, and a tall stance on twenty-inch wheels. For us, the best part of the exterior was actually those beautiful wheels with their brushed, non-reflective premium look.

All of this is moved by the same strong 5.7-liter V8 and six-speed automatic transmission that powers the V8-class 4Runner and Tundra in the Toyota line, giving the LX570 a proven and powerful powertrain to build from. The chassis is very similar in function and build to the 4Runner Trail edition (we will review that soon) with several Lexus-specific nuances. 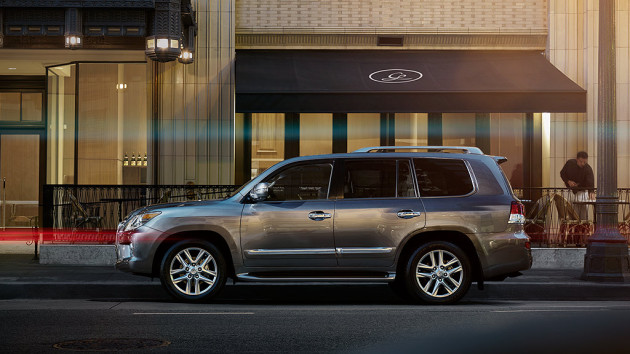 Inside is where it’s at with a luxury vehicle, though, and the LX570 delivers a beautiful posh interior. Although seating is not as comfortable and ride dynamics on the road aren’t as refined as in some other luxury sport utes, the Lexus LX570 still competes well with its counterparts in the off-road-ready luxury SUV segment.

The leather trim is offset by beautiful (real) wood inlay around the cabin and on the steering wheel. Lexus also moved the clunky 4Runner window and lock controls from the window sill and down to the door-set armrest where they belong. The only serious complaints to be had about the interior of the LX570 are the placement of the off-road control toggles, which are just ahead of the center armrest (behind the shifter), making them easy to bump, and the quirky third-row setup. The third row folds down, but not flat, and then turns up to either side of the cargo compartment ahead of the wheel wells for an odd-looking and space-hogging stowage. They are not automated, as the spec sheet implies, requiring a back-numbing tether pull to set upright for use. 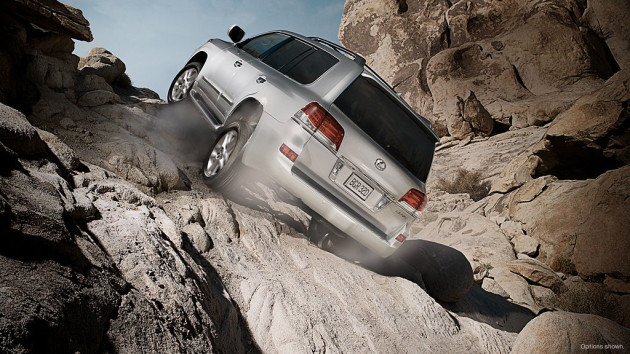 Outside of those oddities, however, the LX570 is everything the luxury buyer might want out of an extremely capable SUV. The optional, but highly-recommended, rear seat entertainment system with some of the best wireless headphones in the class and highly adjustable second-row seating are highlights of the LX570 experience. The Lexus-only rear hatch and tailgate are also a great bonus for everyday usability, allowing you to open the hatch, leaving the short tailgate up, to more easily pack groceries and other small items in. Driver and passengers will also appreciate the automatic body lowering when parked, which drops the body about two inches when the vehicle is parked to allow easier entry and egress.

For the driver, controls appear complicated and a bit daunting, but do not take long to get to know. The majority of the knobs and switches at the driver’s console are for off-road use and can generally be ignored otherwise. The drive itself is truck-like, but easy with strong steering assistance at lower speeds and lighter assistance on the highway for a comfortable feel all around. Maneuverability is battleship-like, of course, but most vehicles in this class have that attribute. 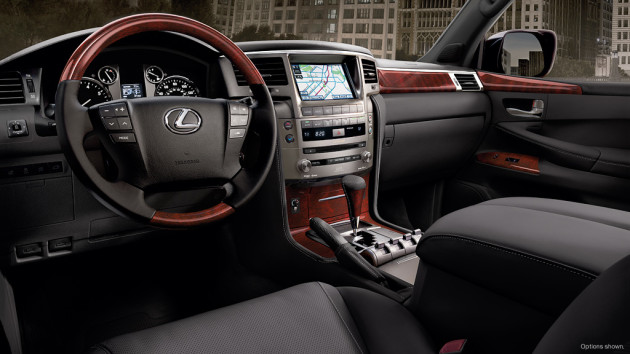 All in all, the 2014 Lexus LX570 is very spacious, versatile in its seating and cargo options, luxurious in its fittings, and one of the most off-road-capable sport utilities you can own. Base price for the LX570 is about $82,000 and it ran just under $89,000 as we drove it.

Related Topics:2014 Lexus LX570Lexus
Up Next