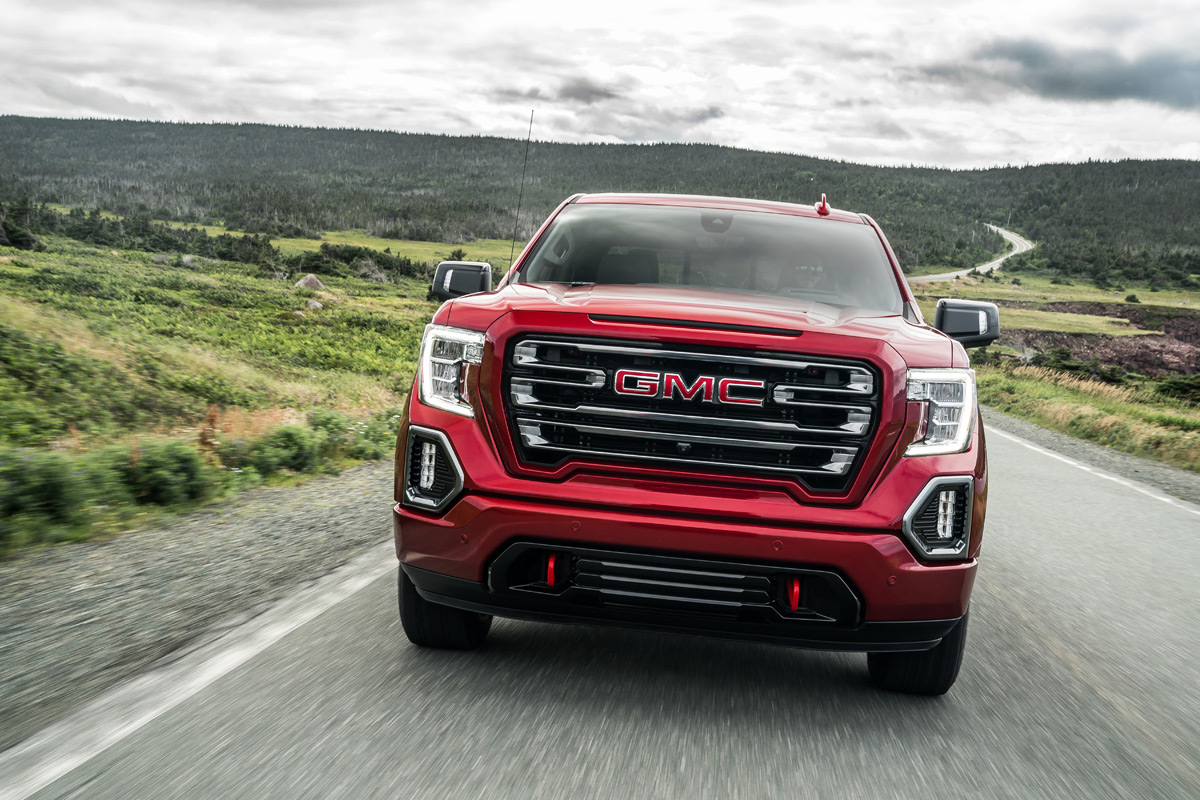 The GMC Sierra can be had with several engine options. The V6 is nice, the turbocharged four is pretty fine, and the two V8 engine options are sweet. But in my opinion, the best option is the Duramax 3.0-liter turbodiesel, as it offers lots of towing and fuel economy upgrades and, for those going off the pavement, low-end torque.

In the plethora of Sierra models to choose from, the AT4 sits just underneath the Denali and has serious off-road upgrades as part of the package. The Sierra AT4 has a 2″ suspension lift, four-wheel drive as standard, a two-speed transfer case for more muscle when it’s needed, monotube shocks, beefier all-terrain tires, a terrain-select traction control system, and more. It’s the new off-road package GMC has been touting on several of its SUVs, but it’s definitely most prominent (and capable) on the Sierra. 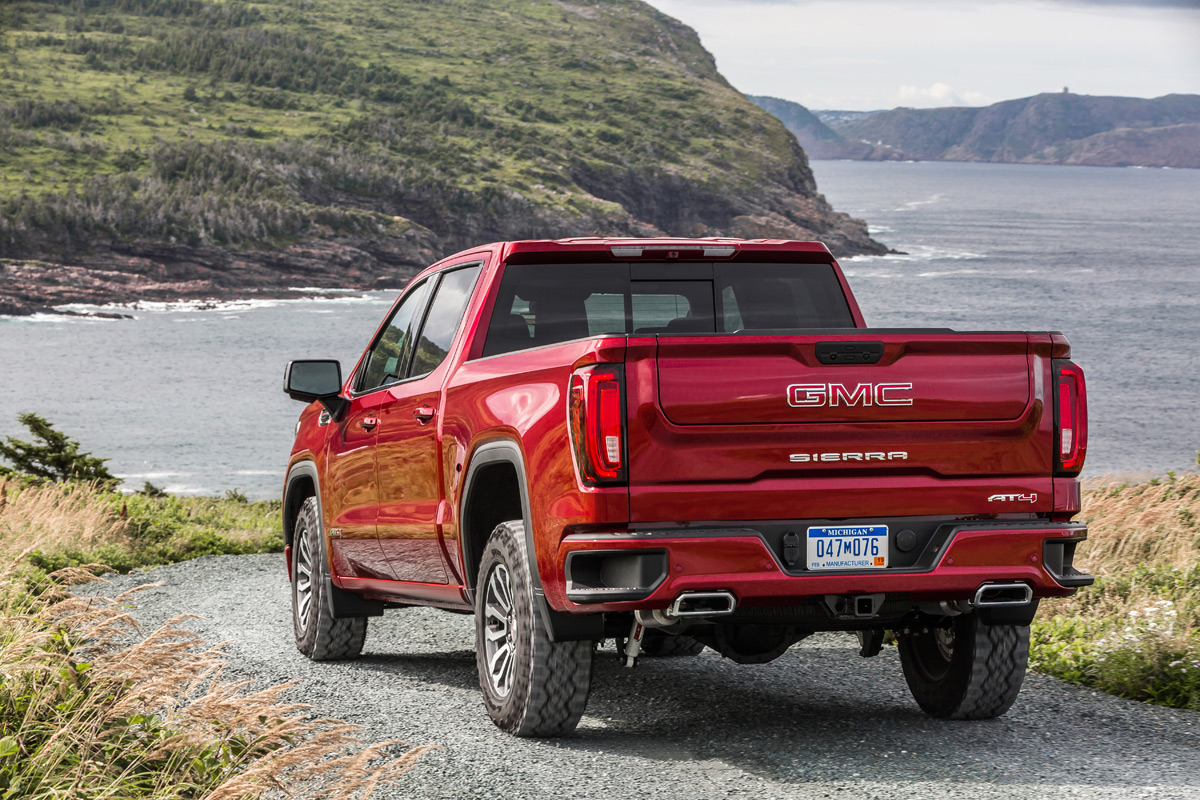 The added equipment on the 2020 Sierra is augmented by the grunt of the diesel engine. That engine, a Duramax 3.0-liter, outputs 277 horsepower and 420 (not rounding that off) pound-feet of torque. This engine is available in most trim levels of the Sierra this year and it brings a lot of goose to the throttle push when going at low speeds. Diesel is all about torque and that torque comes early in the curve with the Sierra’s design and brings a huge amount of goat to the wheels in low or high transfer gear.

When off-road in the wilderness, the 2020 GMC Sierra AT4 and its Rancho shock absorbers are surprisingly good at being as trail-ready as the knobby tires the truck comes equipped with might suggest. Underbody skid plates on the AT4 package are no joke and do their job well, positioned to take the hit when it’s inevitable. 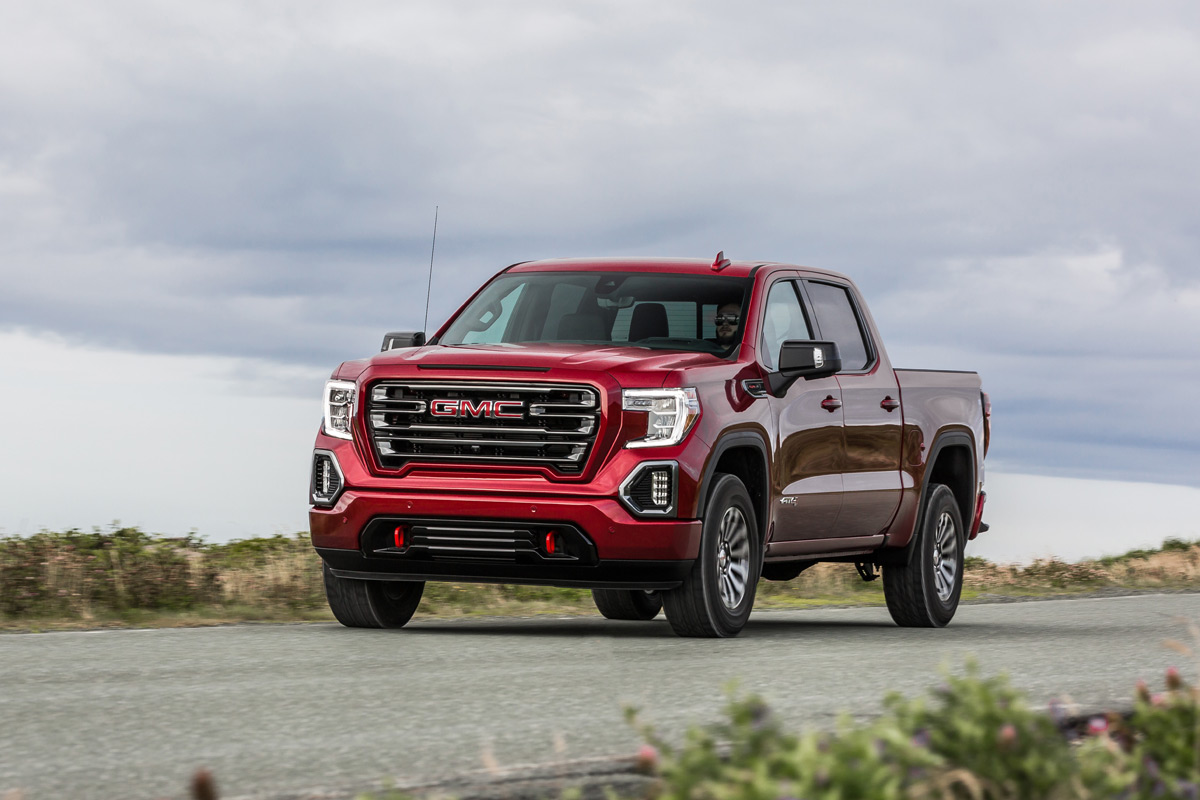 Probably the best attributes of the 2020 Sierra AT4 with the diesel engine are the confidence the package exudes. The engine never sounds stressed and the 10-speed automatic always knows which gear to be in. Even better, it responds much like a gasoline engine would to throttle inputs and movement and the four-wheel drive system, torque control, and well-done brakes on the Sierra AT4 also add to the off-road confidence. Using off-road mode and the surround-view camera system are a boon when out in the bush.

The driver-selected off-road modes in the 2020 GMC Sierra AT4 have the computer making quick decisions about throttle, transmission, and stability control calibrations. The auto-locking rear differential also comes into play, giving grab when it’s needed and letting loose when it’s not. The camera system lets you cycle through the cameras to see what’s going on around the truck, including a very useful nose camera that looks down at what’s ahead when the driver can’t. 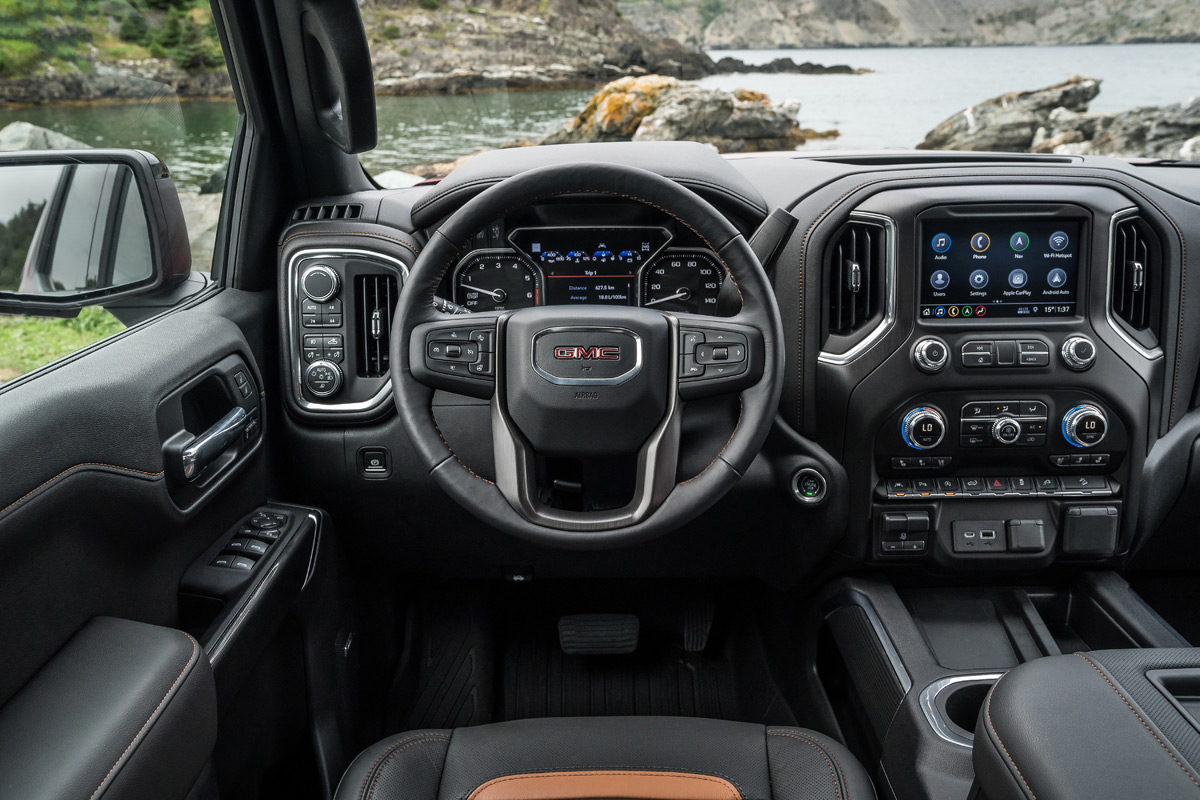 The 2020 Sierra AT4 is even comfortable on the road. In everyday use and driving, the truck offers good balance, a smoother feel than expected, and quiet comfort. Our chief complaint with the truck is that the interior seems dated even though it was brand new last year. It just doesn’t feel as upscale as we’d think a GMC should be. Most of that is due to the old school design of the dashboard and controls, which are blocky and large. Technology, though, is top notch in the Sierra.

With GMC, though, beyond the very well-done infotainment, most of the tech available for the Sierra is an add-on package instead of standard. The Driver Alert 1 package (standard only on the Denali), for example, adds parking sensors, blind-spot monitoring, and rear cross-traffic alert. Building on that is the Driver Alert 2 package which then adds forward collision warning with automatic emergency braking, adaptive cruise control, and lane keeping assist. At the price being charged for the 2020 GMC Sierra and the trends in today’s market, those feel like they should be more standard. 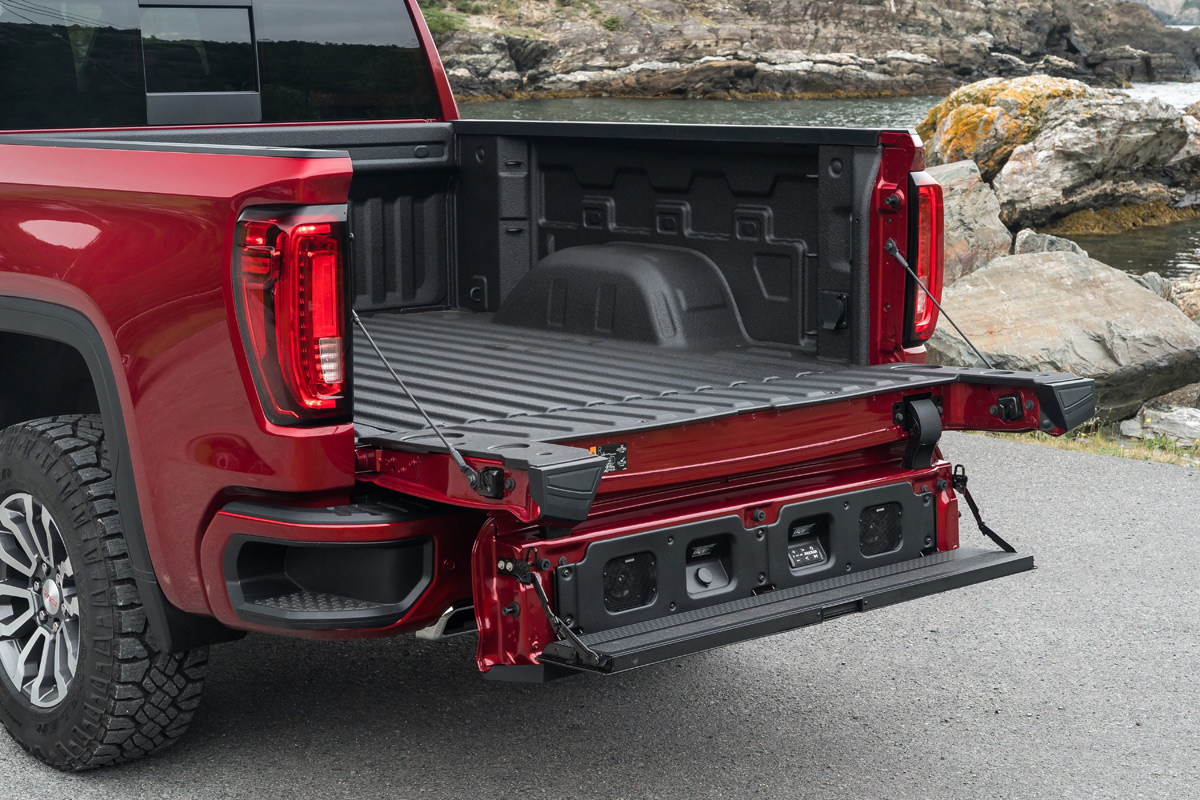 The 2020 GMC Sierra in its AT4 package, though, feels very good to drive and definitely can get the job done. Beyond towing and hauling, the package offers some of the best off-road you can get in a half-ton truck. It’s powerful, rugged, and very capable. And a lot of fun.