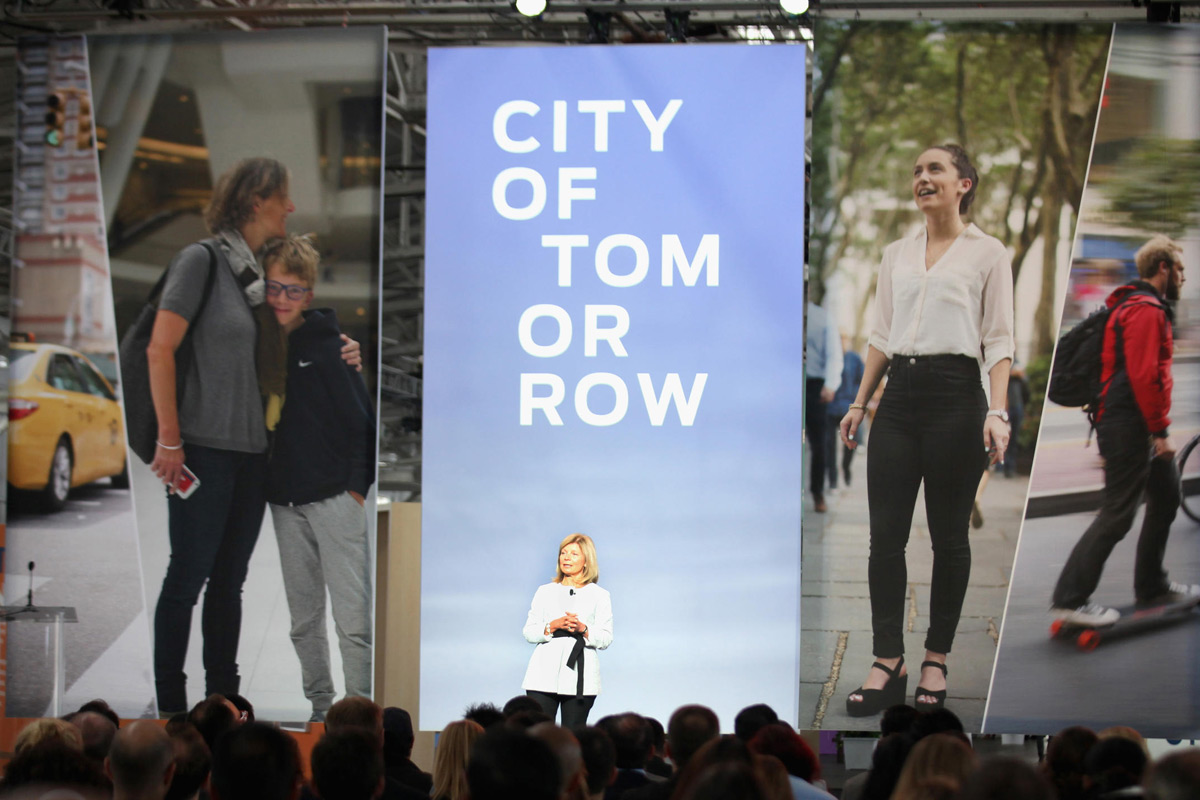 The biggest challenging facing major cities like New York, Los Angeles, or San Francisco is how to deal with the ever-growing population, especially in these already jam-packed cities where traffic is a nightmare today, and aging transportation systems are failing. Flying cars and underground tunnels sound great, but these solutions are still decades away at best.

Ford recently invited us out to their City of Tomorrow Symposium in San Francisco, which brought together over 600 technology experts, policy makers, urban planners, energy and utility representatives, academics, media members and citizens of San Francisco to discuss the key issues our cities need to address, and the need for extensive collaboration to make it all happen. 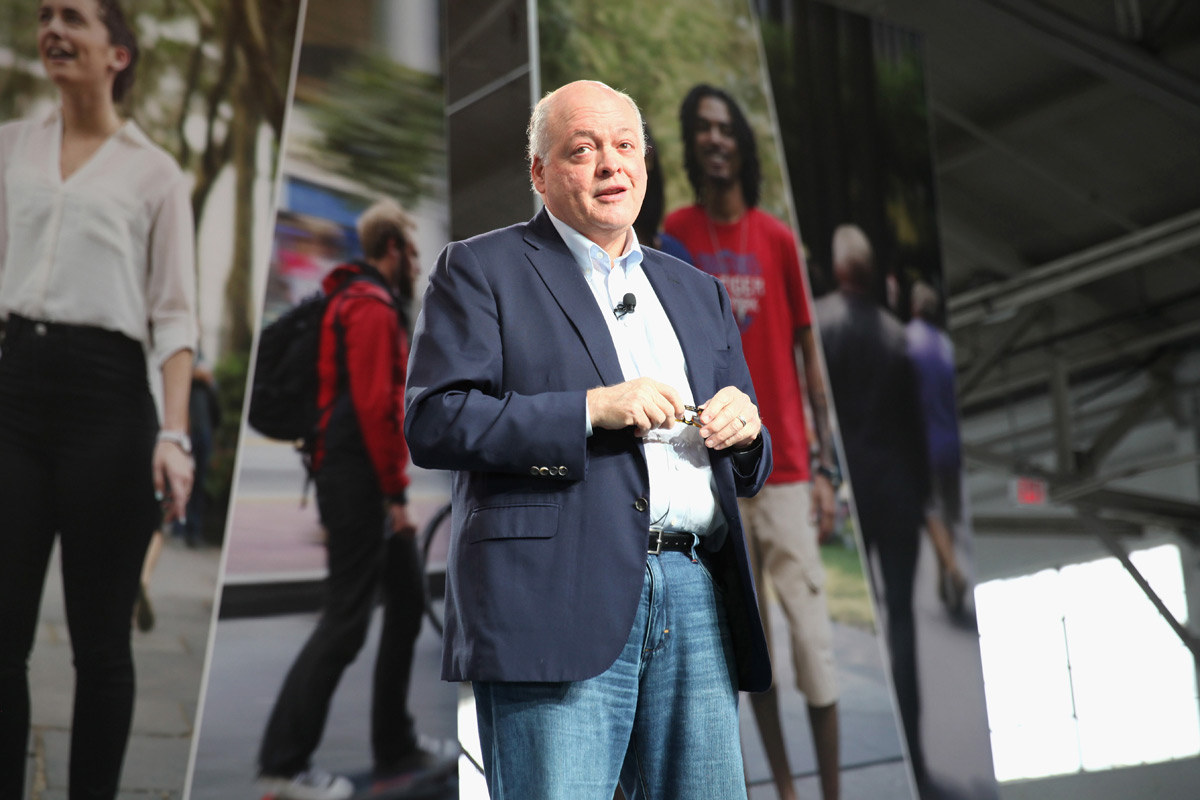 Jim Hackett, Ford’s newly appointed CEO, believes that we need to reimagine our current landscape in order to realize the true potential of the City of Tomorrow, with an eye on bringing things like autonomous vehicles, ride-hailing systems (Chariot) and bike-sharing (Ford GoBike) to densely populated areas.

Interestingly enough, Hackett’s view on self-driving cars is a bit different than most automakers, viewing them as a potential shared resource rather than a personal vehicle. Why? Because as Janette Sadik-Khan, former NYC transportation commissioner illustrated, whether you’ve got 60 people driving 60 single-occupancy cars or 60 people driving 60 autonomous cars, they are still taking up the same amount of space on the road. But a single bus can accommodate those same 60 people with a considerably smaller footprint. 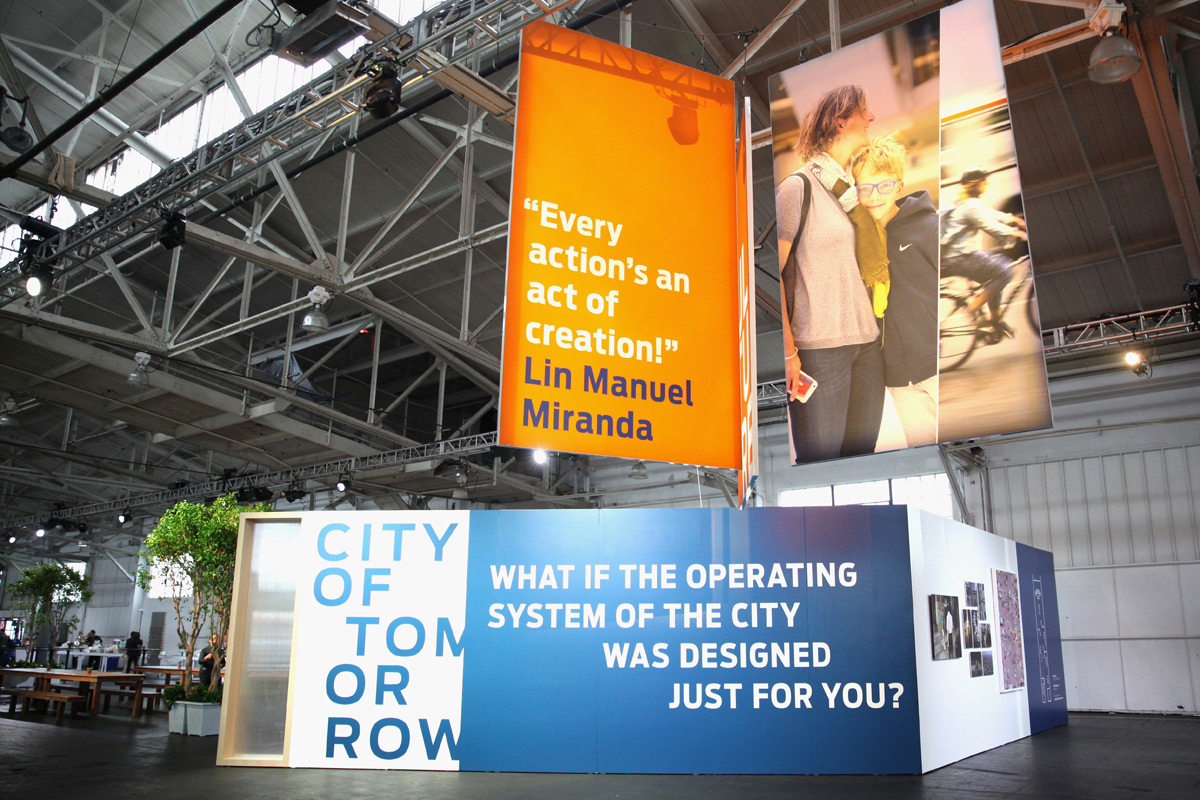 Now I will admit, I was a little bummed out when I heard this news, as I always envisioned myself being able to go all Knight Rider on long trips, letting my self-driving car do the heavy lifting while I watch a movie, catch up on work, or take a nap. For now, I’ll have to settle for self-driving pizza delivery cars and driverless Ubers.

Of course, self-driving cars are just one piece of the puzzle. Other initiatives that were discussed included the need to share traffic data for a smarter commute, delivering goods in an efficient (and perhaps autonomous) way, addressing our aging electrical grid in light of the extra demand electric vehicles will put on the grid, and introducing more public spaces for pedestrians, like we’ve seen in Times Square and such. 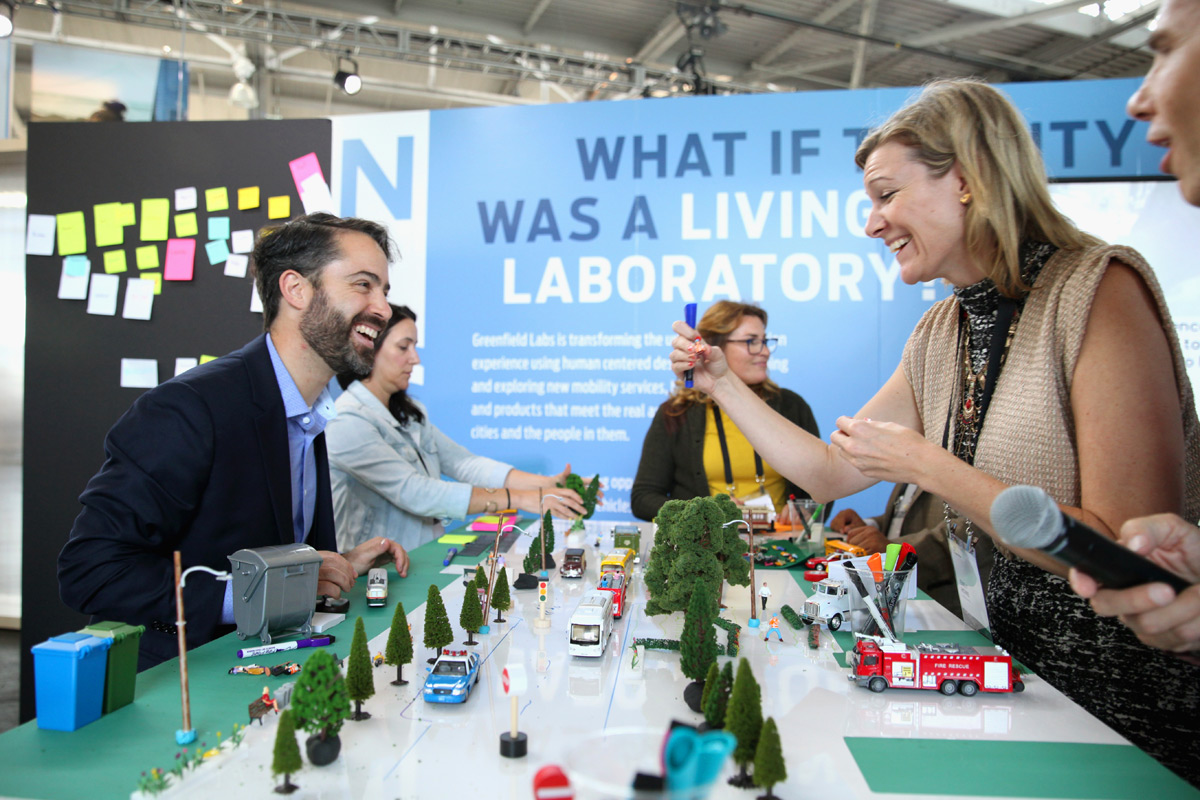 It’s clear that building the ideal “City of Tomorrow” is a monumental task that’s too great for any one person or company to undertake, hence the need to bring in this diverse group of people to collaborate on the issues at length. For me, this was certainly a thought-provoking series of panels, bringing to light many challenges that big cities currently face and how to get ahead of them in the future.

To learn more about the City of Tomorrow and to join in the conversation, visit fordcityoftomorrow.com.