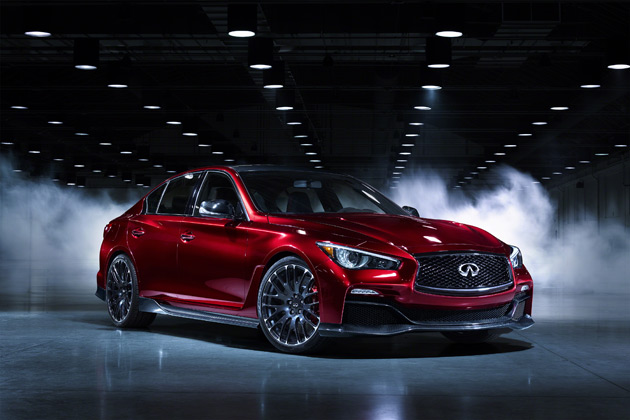 Former Infiniti CEO Johan de Nysschen left to head up Cadillac back in June, and now it looks like one of his pet projects is in danger of being shelved. The Infini Q50 Eau Rouge was a 560HP sports sedan designed to compete against the BMW M5, Mercedes-Benz E63 and Cadillac CTS-V. It was to be an exciting halo car for Infiniti, and we were excited to see it come to market.

I heard a rumor that Noboru Tateishi is going to cop-out and shelve the Eau Rouge project now that I’m not there to pressure him. Tell any Cadillac or Audi engineer “build me a 560hp sports sedan” and you have to reign them in. At Infiniti, it seems easier to push water uphill. More enthusiasm for “driver’s aids”, apparently, than “driver’s cars”, in some quarters, it would seem.

Do you think the Q50 Eau Rouge will come to fruition?