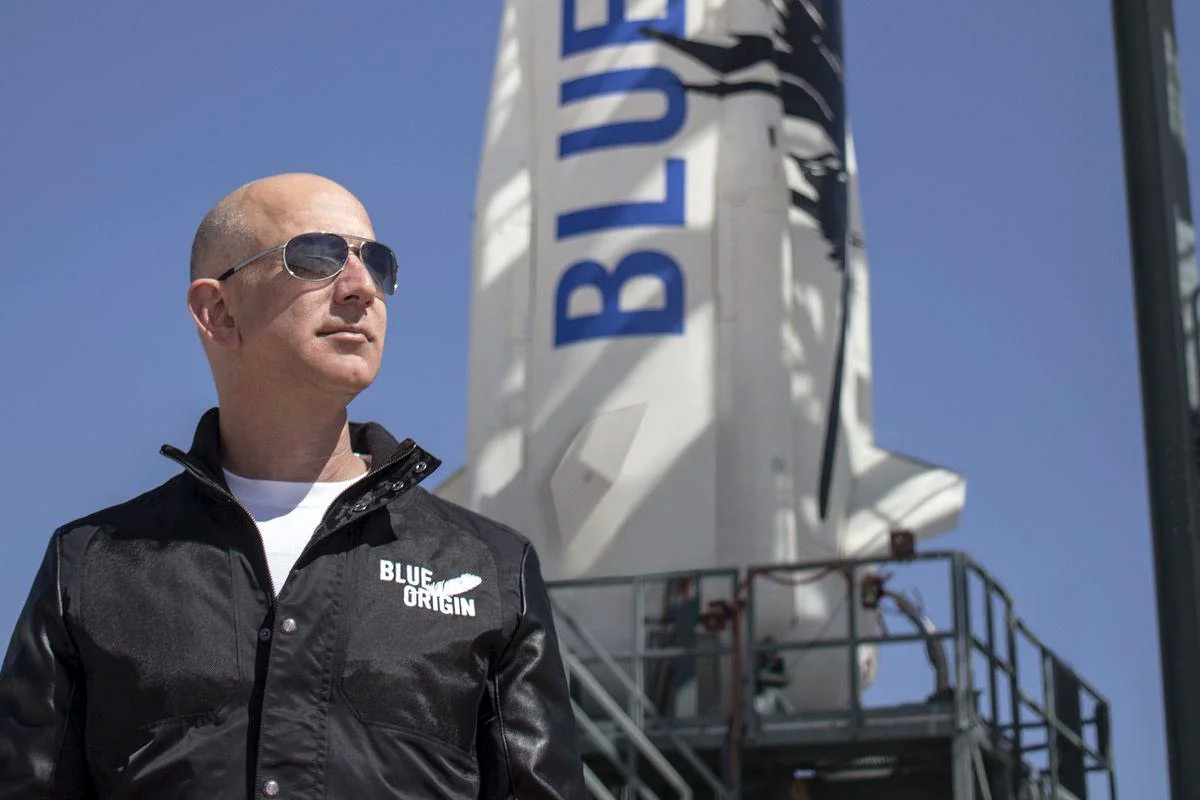 Amazon CEO Jeff Bezos founded the aerospace / space tourism company Blue Origin back in 2000, with the hopes of bringing people to experience the wonder space for themselves, much like fellow billionaires Elon Musk (SpaceX) and Sir Richard Branson (Virgin Galactic). And now he’s about to enjoy the fruits of his labor… and money.

On July 20th, Blue Origin’s New Shepard will fly its first astronaut crew to space, and Jeff Bezos just announced that he would be joining Blue Origin’s first crewed space flight, fulfilling a lifelong dream of his. And he’s bringing his brother Mark to space with him, saying that it will be “meaningful” to have his brother along for the ride.

“You see the earth from space and it changes you. It changes your relationship with this planet, with humanity. It’s one Earth,” says Bezos. “I want to go on this flight because it’s the thing I’ve wanted to do all my life. It’s an adventure. It’s a big deal for me.”

Blue Origin’s launch vehicle New Shepard, a rocket that carries a capsule to the edge of space, has flown 15 successful consecutive missions to space and back above the Kármán Line (a 62-mile-high boundary regarded as the beginning of space) to test its multiple redundant safety systems. Now, it’s time for astronauts to climb onboard.

In addition to the flight crew and the Bezos brothers, one lucky charity auction winner will get to travel to space with them. The highest bid stands at $2.8 million as of Monday morning, five days before the auction closes.

You have got to admire the brass balls that Jeff Bezos has on him to take part in Blue Origin’s first passenger spaceflight, as anything could go wrong. But the flight is about two weeks after he steps down as Amazon’s CEO, so he’s free to do whatever he likes now.

And if that’s not exciting enough, rumor has it that Sir Richard Branson may try to beat him to the punch and travel to space over July 4th weekend. It’s still too soon to say if that’ll happen or not, but it definitely makes things more interesting. Ah, the games that Billionaires play! 🙂