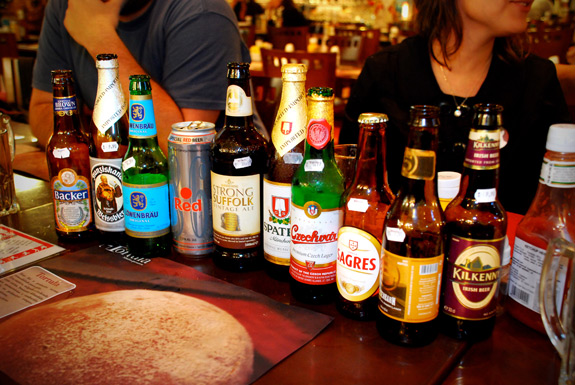 Guys can’t get enough of beer. Whether it is bottled or canned, or made of malt or barley, beer is considered a “can’t-live-without” commodity by a lot of men. Besides, it’s a cheap alternative to wine. But unlike the well-praised wine which has been proven to have health benefits, beer is often depicted as its no-good counterpart. Despite its bad rep and ill effects on health, did you know that it can actually be good for you?

Fact #1: Beer is hydrating, not dehydrating.

Contrary to popular belief, beer is a hydrating beverage and therefore won’t suck you dry. According to a Spanish study, beer is 93 percent water. So if you’re worried that a bottle would dehydrate you before exercise – don’t. As a matter of fact, it can give you better hydration than drinking water alone prior to a sweat-inducing workout.

In a separate study by the Dutch, beer was proven to boost vitamin B6 in participants who drank it. Beer-drinkers even had 30 percent more vitamin B6 in their blood compared to those who didn’t drink beer at all and twice the levels than those who drank wine. Other vitamins found in beer are B12 and folic acid.

Vitamins B6, B12, and folic acid play an important role in memory function by keeping it intact and preventing age-related memory loss. These vitamins are also known to boost brain health by keeping the nerves healthy. One study proves that drinking at least one beer a day prevents Alzheimer’s Disease and dementia, two illnesses related to poor memory function and brain health. Furthermore, it was also proven that drinking beer once a day for improves an older person’s mental abilities.

Fact #4: Beer is good for the heart too, you know

Red wine is highly regarded for its heart-healthy nature but so should beer. Several studies show that drinking beer in moderate amounts reduces your risk of developing heart problems, namely coronary artery disease. This is because the alcohol content in beer increases your blood levels of HDL, the “good” type of cholesterol. High-density lipoproteins protect your heart by preventing the thickening of your blood and hardening of the arteries, two leading causes of heart disease.

The Harvard School of Public Health found that drinking moderate amounts of any alcoholic beverage such as beer actually prevents blood clots. Blood clots obstruct blood flow to the heart and brain and cause stroke.

In another study by Harvard, it was found that beer drinkers have less likelihood in developing high blood pressure compared to people who drank wine or spirits.

In 2011, Harvard gathered 38,000 middle-aged men in a beer-related study. Results showed that occasional beer drinkers had 25 percent less chances of developing type 2 Diabetes. The men in this study drank one or two beers each day. This is because beer increases your body’s sensitivity to insulin. Insulin is a naturally-occurring substance in the body responsible for metabolizing sugar and thus helps protect you from diabetes.

The most popular theory behind cancer is that it is caused by carcinogens found in the food we eat and products we use. Well according to a Portuguese study, marinating steak in beer takes out 70 percent of the meat’s carcinogens once it is fried.

Wine is known to contain antioxidants called flavonoids. Actually, beer has about the same amount of antioxidants – only of a different kind. In a separate study, it was found that dark beers contain more antioxidants than light-colored beers. Antioxidants have anti-aging effects on the body. So instead of feeling like an old chap, beer can give back your youth.

Nothing could make a man feel younger than having strong bones. You should know that drinking beer actually promotes bone health. Beer is rich in silicon which has been known to make bones stronger. A 2009 study at Tufts University proves that when they found that older men who took one to two glasses of beer each day had greater bone density and were less likely to get broken bones.

Now before you grab a six-pack from the fridge, remember that only moderate amounts of beer are good for your health. Drinking in excess does quite the opposite. With Oktoberfest coming around, there’s no reason why you should hold back in drinking a glass or two while streaming the latest movies over wireless internet. After all, beer is healthy and that’s a fact.

Judene Macariola is very passionate with his writings. He really sees to it that his articles have a deep impact to his readers. A dedicated and devoted writer and a broadband expert, Jude is your perfect choice when it comes to anything that deals with food and beverages, fitness, social media and other interesting topics like internet options.

Show Off Your Mixology Skills With Grilled Fruit Cocktails