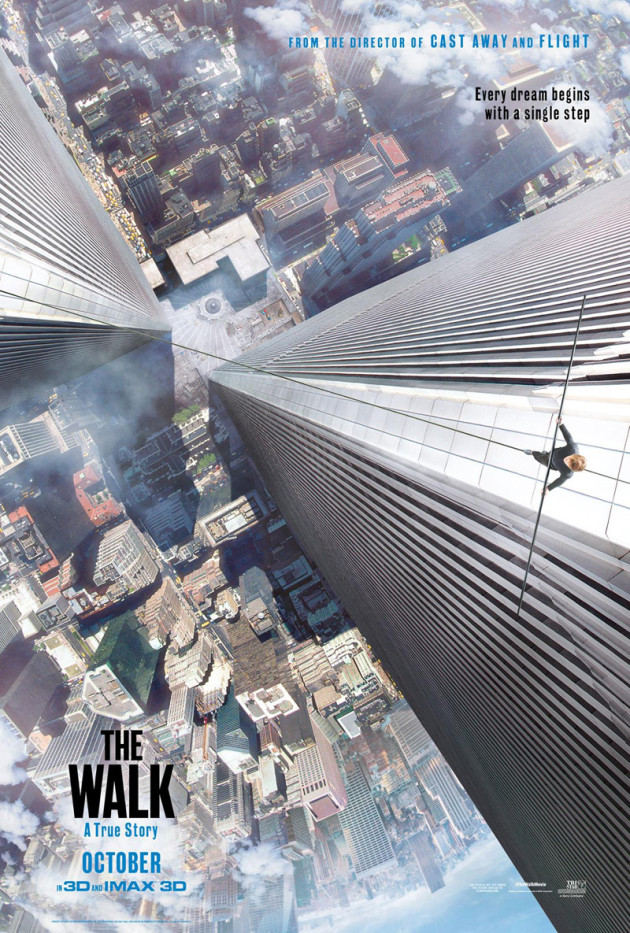 With The Walk, director Robert Zemeckis does not merely have a film in store for us. Like his subject, he is a circus performer with a dazzling trick up his sleeve that he hopes will send chills up the collective spines of all who sit and watch. Sure, he might not be stepping onto a wire himself, but with his camera, he hopes to make millions of moviegoers feel like we are defying gravity ourselves. It’s a filmmaking challenge as monumental as the Twin Towers that set it’s stage. If it were to fail, it would be as humiliating disaster as a collapse from a death defying height. Fortunately, Zemeckis sets his camera in motion, and one of the most spectacular true stories ever brought to screen is set before our eyes.

The story picks up in the early 1970s. French wire walker Philippe Petit (Joseph Gordon-Levitt) is a dreamer of the highest caliber. Not content to scale the walls of circuses and juggle on street corners, he dreams of hanging a high wire between the newly constructed Twin Towers in New York City. Obviously, there’s a great deal of mental, physical, and practical preparations that must be done before such an insane stunt can be attempted. As Philippe begins to plan what he describes as “the coup” he assembles a team of confidants and finds love in fellow street performer Annie Allix (Charlotte Le Bon). A heist of sorts ensues, as our makeshift circus crew stops at nothing to make sure that Philippe gets to hang his wire. 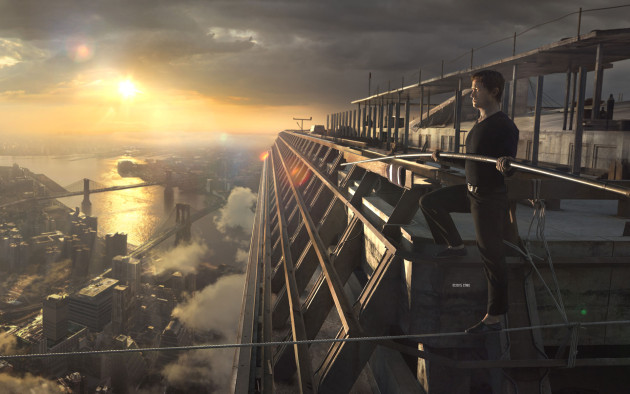 From the moment it starts, The Walk is an absolutely delightful ball of charisma and energy. Zemeckis is absolutely electric behind the camera here, crafting his most well paced and playful film in years. The story simply never takes a moment to lag. There is an incredible sense of urgency that comes from Philippe’s un-ending drive to get on top of those buildings, that it drives us to be just as thrill-hungry ourselves. Just when one style of story-telling gets stale, Zemeckis moves us to another. This is most notable when the film shifts into a full on heist film, as Philippe and company make their dangerous and thrilling ascent up the towers. It’s story-telling at it’s most delightfully free spirited and focused.

Grounding all of this bravado is Gordon-Levitt’s performance, which is among the very best of his sterling career. In fact, this is the very first time that he’s ever truly disappeared into the persona of another person, losing all traces of his eminently recognizable persona. His Philippe is borderline insane in his drive and a little arrogant as a result, but he never loses this un-deniable puppy dog sweetness that makes us root for him every step of the way. His sheer joy as every step of his plan comes together is completely infectious. Ben Kingsley also has a nice supporting turn as Papa Rudy, the man who teaches Philippe the skills he needs to pull this stunt off. However, he like the rest of the supporting cast gets a bit short changed as far as development goes. This is Philippe’s story, and the film never pretends to care about the other characters. 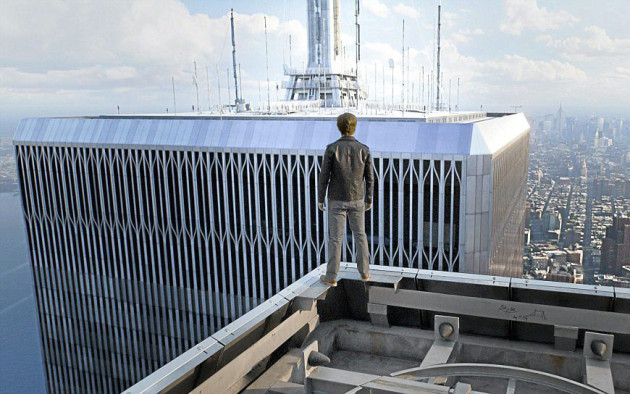 Ultimately what seals the deal here is just how incredible the visual effects are. Zemeckis plays with every inch of these buildings, and we can practically hear him cackling behind the camera as he joyfully scales these heights. I’m not normally one to comment on 3D, but the sheer richness of any image in the air here provides such a depth that it really feels like we are up there with Philippe. While the film has many thrilling moments of nail-biting danger involving the heights, the final stunt is ultimately one of the most peacefully beautiful effects sequences ever put on film. It’s a film that demands to be seen in the theater by it’s sheer beauty alone.

Most of the time, a film as beautiful looking as The Walk would merely coast off of that and forget to tell a story. Fortunately for us, Zemeckis has never been one to let his effects overwhelm a good yarn, and he crafts one of his most optimistic and beautiful works to date here. While the movie may be a little simplistic, that ultimately doesn’t matter. It’s a movie about a simple minded man with a dream after all, and when it comes to achieving it’s own dreams, it succeeds with the grace of the finest performer in the world.