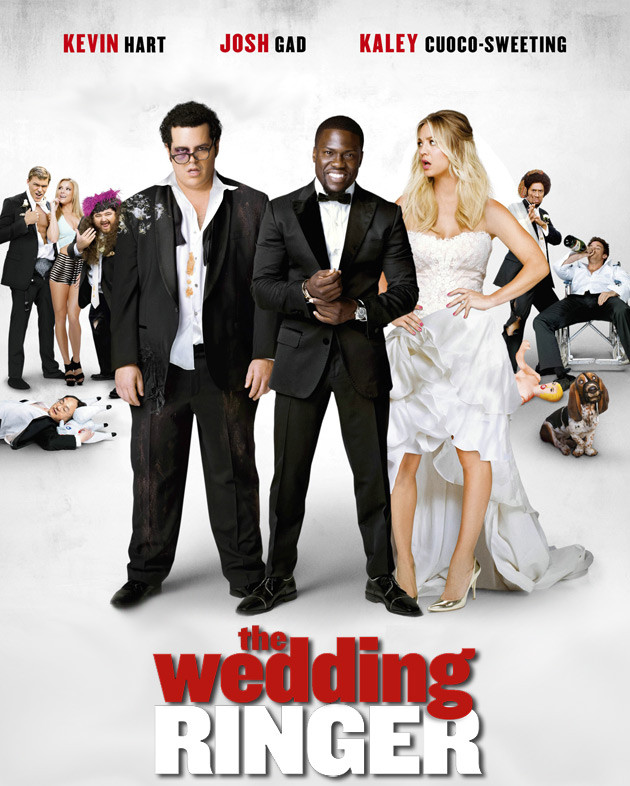 Last night, I attended a pre-screening of The Wedding Ringer, an upcoming movie from Sony Pictures that stars Kevin Hart, Josh Gad and Kaley Cuoco-Sweeting. I saw previews for this movie a few weeks ago and thought it looked pretty funny, so I was pretty excited to check it out.

For those of you unfamiliar with The Wedding Ringer, here’s a brief synopsis of the movie:

Doug Harris (Josh Gad) is a loveable but socially awkward groom-to-be with a problem: he has no best man. With less than two weeks to go until he marries the girl of his dreams (Kaley Cuoco-Sweeting), Doug is referred to Jimmy Callahan (Kevin Hart), owner and CEO of Best Man, Inc., a company that provides flattering best men for socially challenged guys in need. What ensues is a hilarious wedding charade as they try to pull off the big con, and an unexpected budding bromance between Doug and his fake best man Jimmy.

And here’s one of the trailers for the movie:

Now prior to seeing the movie, I had heard a lot of people comparing it to movies like Hitch and Failure To Launch. That couldn’t be further from the truth. The Wedding Ringer is a unique movie in it’s own right, and it’ll have you laughing throughout.

The movie revolves around the assembly of a best man and groomsmen for Doug’s upcoming wedding, and pulling off the impossible “The Golden Tux” in a week’s time. What transpires is all kinds of funny, and that’s about all I can say without giving away too many of the funny bits. Nicky Whelan also has a small part in the movie, and she looks amazing as always.

All in all, I thought The Wedding Ringer knocked it out of the park, and it’s one of those movies that you’ll find replay value in for years to come. Be sure you check it out when it hits theaters next Friday, January 16th.