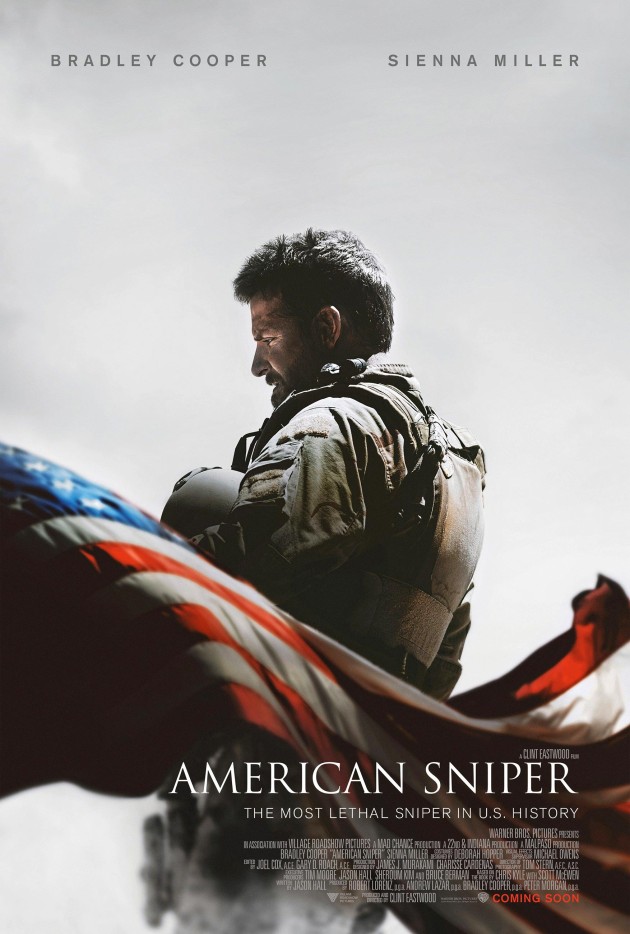 It seems as though each legendary conflict that America is involved in spawns it’s own distinct style of film adaptation. World War 2 creates sweeping epics of good vs. evil, Vietnam tests the animalistic instincts of it’s soldiers through it’s harsh environments and particularly savage combat, and now with the conflict in Iraq, the focus seems to be going towards the mental effects combat has on those who participate in it.

Hoping to follow in the footsteps of last year’s largely successful Lone Survivor, American Sniper emerges a story looking to explore similar themes, through the gage of perhaps it’s most famous warrior.

Chris Kyle (Bradley Cooper) is a rough riding, sharp shooting Texan who begins his life intending to make money though honest labor. However, he becomes so appalled by the atrocities of Middle Eastern terrorists that he enrolls in the Navy Seals. Early on, he discovers that he has a knack for sniping, and quickly starts to rack up not only a high kill count, but an equally great amount of respect from his fellow troops. Meanwhile, his wife Taya (Sienna Miller) becomes more and more disconnected from her husband as he becomes obsessed with taking up tours of duty, leaving her to raise their growing family on her own. 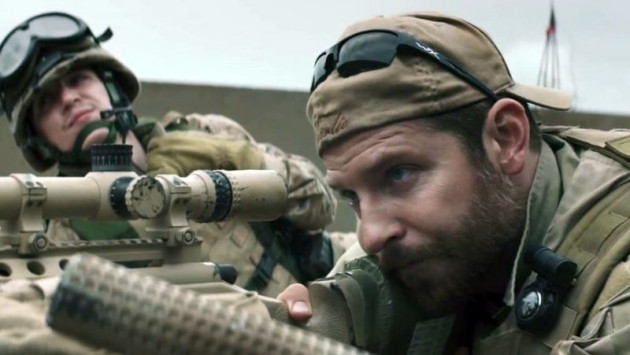 It would have been very easy to over-play Chris Kyle and turn him into a jingoistic stereotype, but luckily we have a leading man who is more than up to the challenge in Bradley Cooper. Packing on forty pounds of muscle and affecting a deeply fine-tuned southern accent, Cooper immerses himself in the role, completely selling Kyle’s enthusiasm to protect his country (that spirals into a bloodlust from time to time) as well as the moments of doubt that run through his mind in moments where he has to make deeply contemptuous split second decisions with people’s lives. He holds all of his emotions in, trying to uphold the image of a leader for his fellow troops, whom he comes to care arguably most of all. Miller also does a wonderful job in her fairly limited scenes, juggling respect and support for her husband with moments where she doesn’t seem to know who she’s married to as all.

The film does a fantastic job of throwing the viewer right into the middle of combat. Director Clint Eastwood has become very seasoned with this subject matter, and it shows. While many of the sequences take place slightly removed from the action, playing on tension and silence as Kyle chooses his shots and calculates his risks, there are also nice amount of larger scale stuff thrown in for variety. None of the violence feels glorified either, it’s all appropriately brutal with a couple moments that will shake even the most hardened viewers. If anything, the film focusses a bit too much on this action, which takes up at least half if not more of the running length, forcing other parts of the story to be glossed over despite evolving into the more interesting aspects of the narrative. 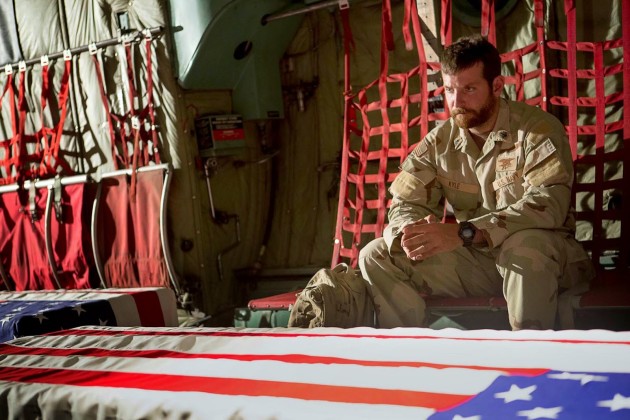 These parts generally involve Kyle trying to re-adjust to his home life, particularly once he decides to find peace in working with other veterans. These scenes are deeply affecting and are really the ones where Chris shows us his true colors, and the movie could have used more of that. In fact, when the film isn’t focusing on these elements, there are moments that are flat out cringe worthy. While the film does attempt to humanize the Iraq civilians, the film devolves heavily into standard war movie tropes at times, going as far as even having one soldier yell “yeah! get some!” as he guns down droves of brown people.

American Sniper is a powerful look at the desolation of a man’s soul as he witnesses inhuman atrocities. Cooper delivers yet another fantastic performance, while Eastwood regains his mojo in the director’s chair. It’s not perfect, with a couple pacing issues and strange scenes that could have been either cut or heavily revised (especially the final scene, which leaves on a horribly cold note) but they never fully take away from the momentum of what is easily one of the most intense action films of 2014.