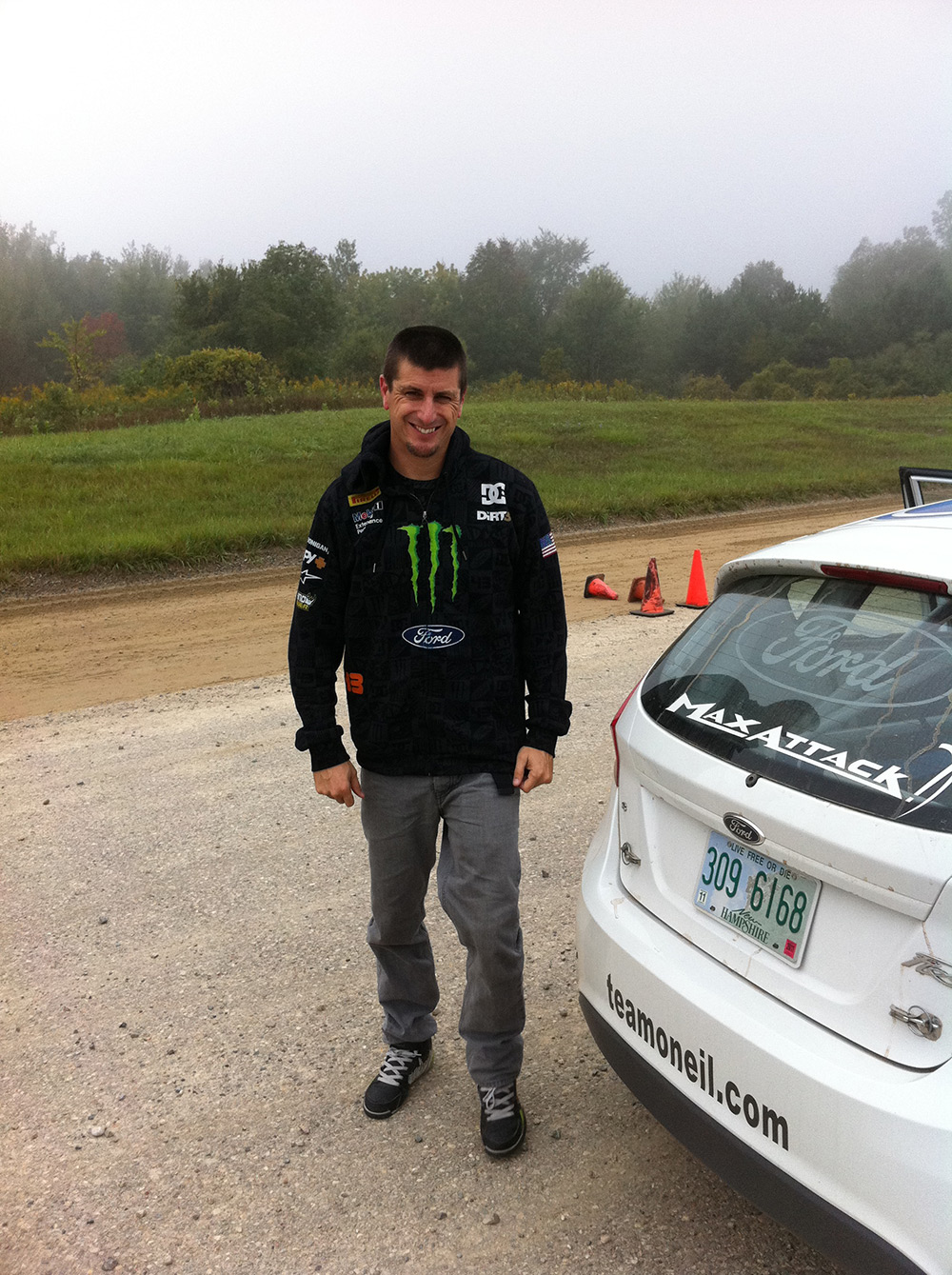 After breakfast and a safety briefing, we were broken up into four groups, each one headed to one of four stations in a day-long rotation. Our group was sent to Ken Block’s Fiesta Rally Challenge, which was just as awesome as it sounds!

The Team O’Neil Rally School was on hand to teach us a little bit about rally driving (and for a few media folks, how to drive a manual). It was a lot to process in a very short amount of time, but I’m confident that with more seat time, I could possibly become the next Ken Block. 😀

After riding through the rally course with Team O’Neil, Ken Block took us out for hotlaps in his R2 Ford Fiesta – HOLY CRAP! 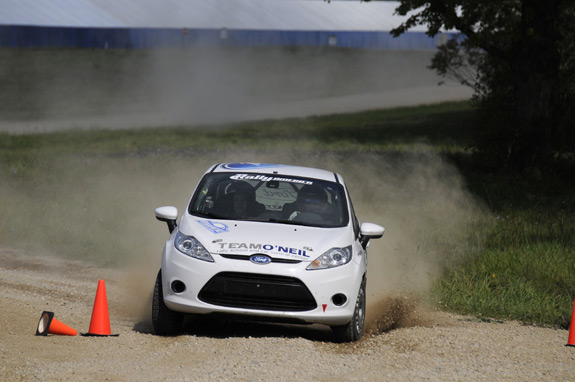 We approached the first turn at 130 MPH (more than double the speed of our instructor), and he just STOMPED on the brakes at the last moment and did his thing. On a few occasions during the run, I was certain we were going to crash. But Ken just turned the wheel, ripped through the sequential shifter, and powered us through each situation. Amazing!

Imagine watching the Gymkhana videos, but from the passenger seat.. It was one of the coolest experiences of my life! 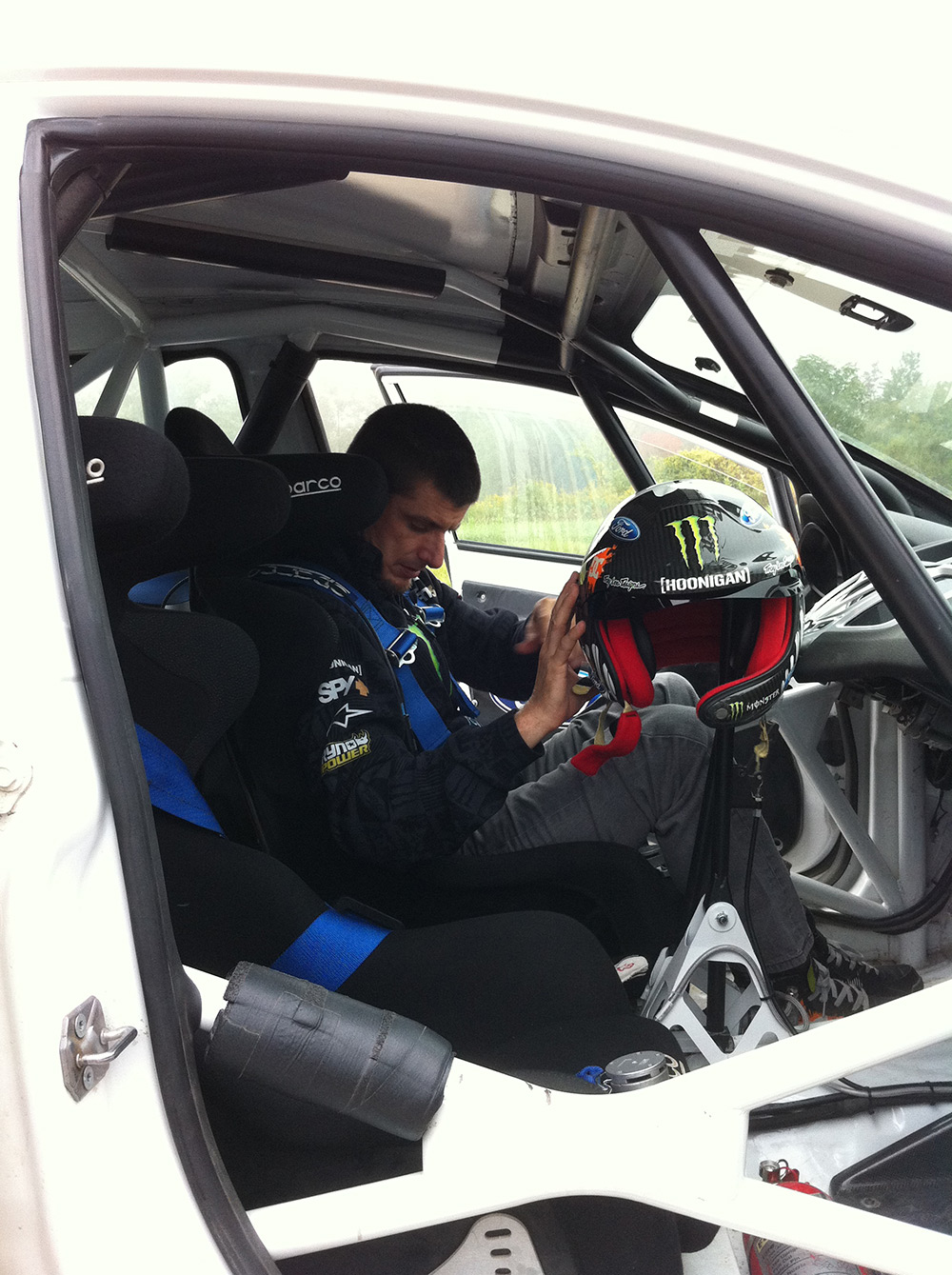 Afterwards, it was time for each of us to do a timed lap. My practice run before was pretty solid, so I was fairly confident. Maybe too confident.. I approached the first turn with a bit too much speed, and when I got on the brakes my back-end kicked out behind me. The only thing bruised was my ego, but I dialed it down a notch and ran through the rest of the course without incident.

I have a newfound respect for what these rally drivers do, it’s really something else.. 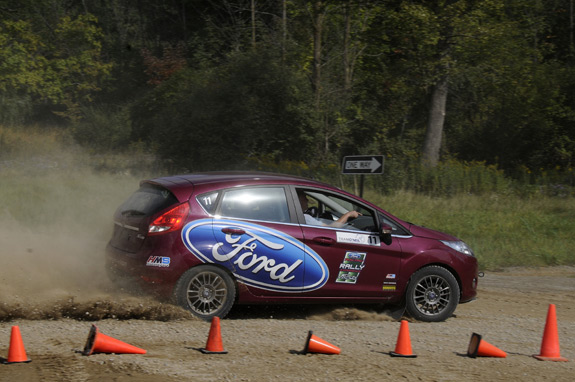 The rally racing experience was insanely fun, and I’d love to go out to the Team O’Neil’s Rally School in New Hampshire for some more training.

Back From The Octane Academy Media Invitational