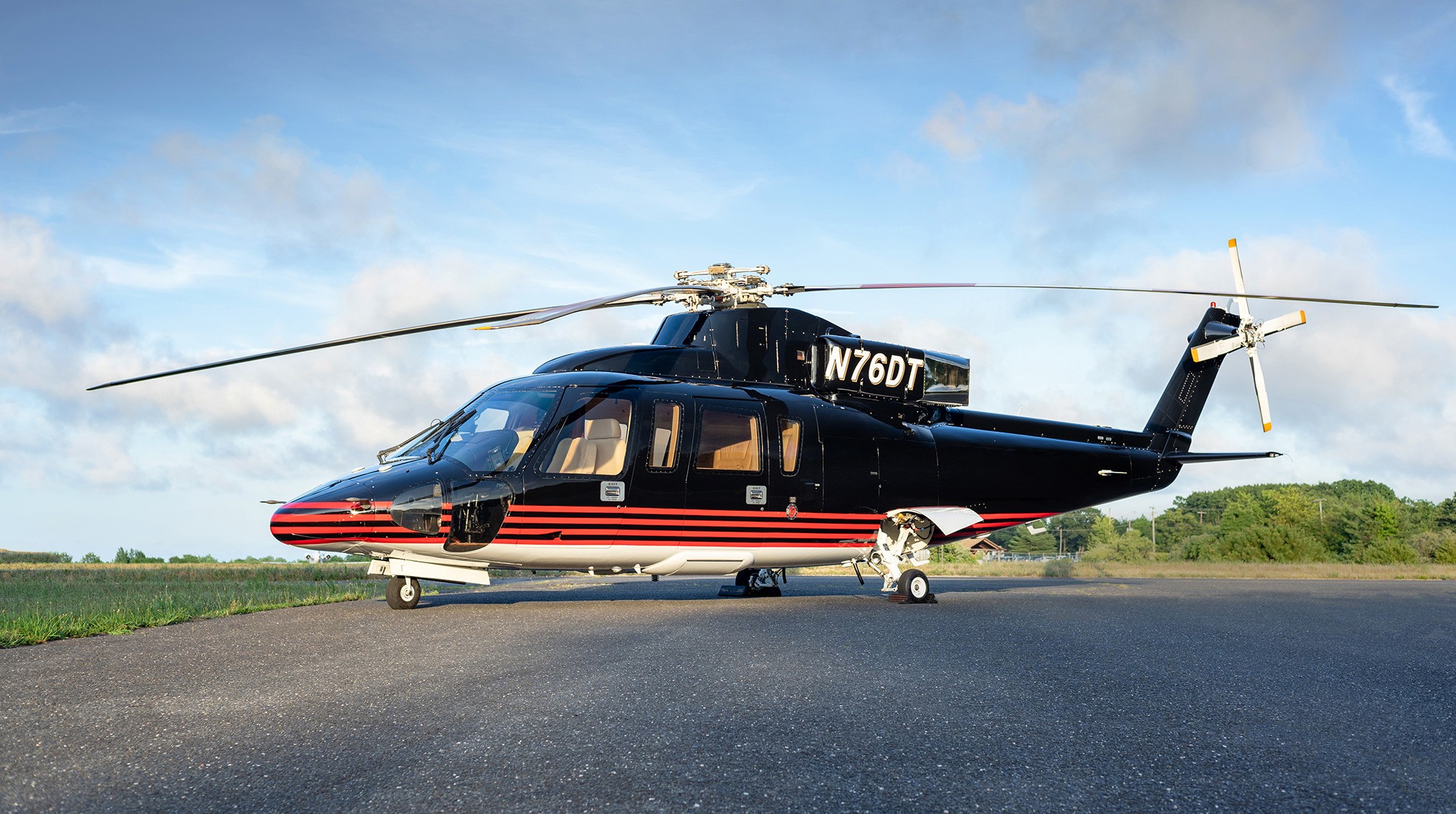 Even without the huge Trump logo emblazoned on the fuselage, this helicopter is immediately recognizable to anyone who watched The Apprentice back in the day, with its black paint job and red pinstripes. Donald Trump’s personal helicopter was shown rather frequently on the show, and now this piece of television history is up for sale.

That’s right, the Trump Organization is reportedly selling his 1989 Sikorsky S-76B helicopter with the distinctive registration code N76DT (the last two characters stand for Donald Trump). Trump has a small personal fleet of older planes and helicopters, so it makes perfect sense for him to thin out the herd a bit as he leaves office. 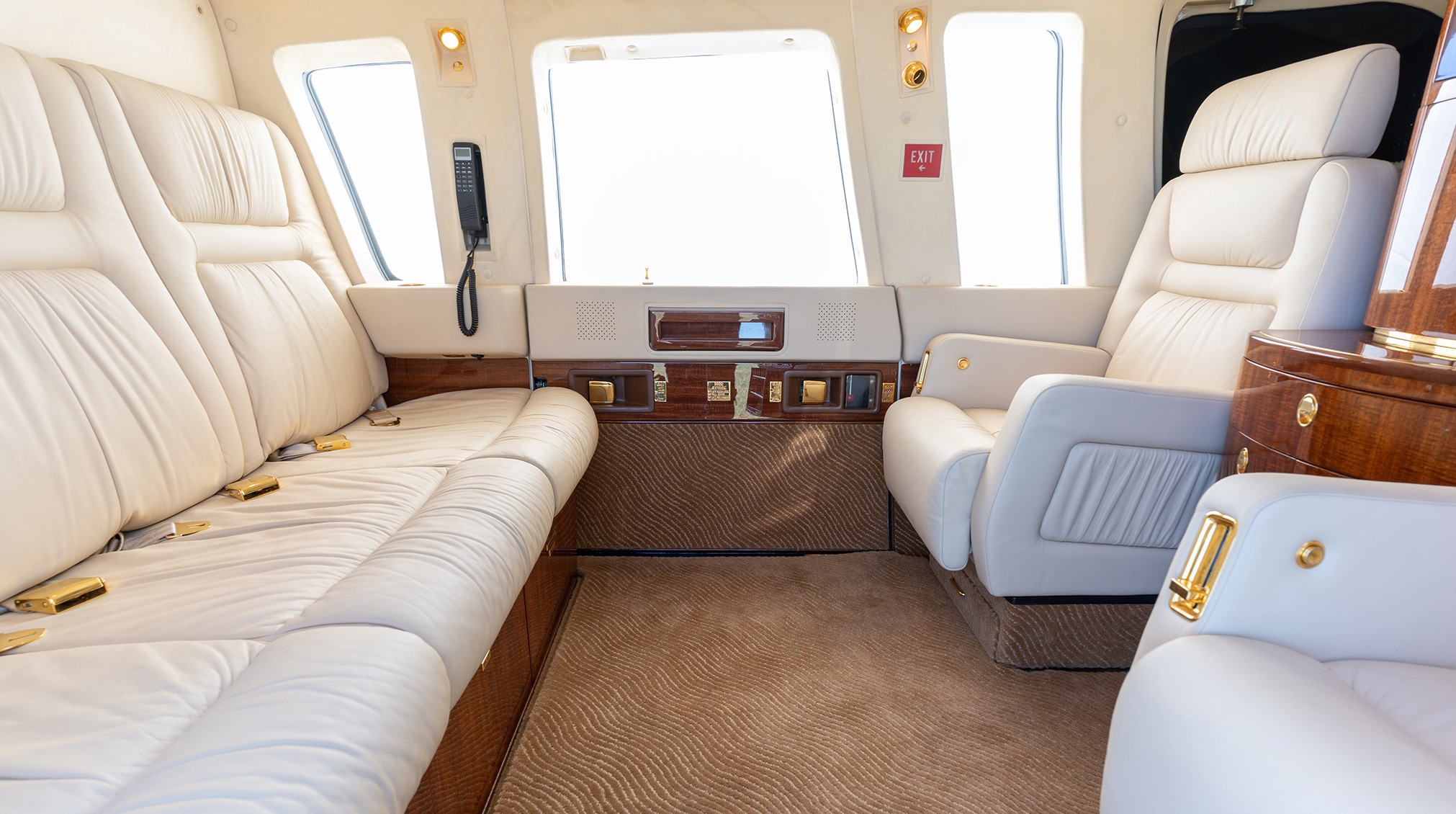 It’s unclear if the Trump logo was just removed from these promotional photos, or if it’s been permanently removed as not to alienate any potential buyers, but either way, the real draw for people over a similar helicopter is the pedigree associated with this one, being able to say that they own Trump’s most famous of helicopters.

Not to mention the outrageous interior, which features plenty of gold, African mahogany, and leather throughout. According to a 2015 episode of CNBC’s “Secret Lives of the Super Rich”, the interior of the helicopter was entirely gutted and started from scratch, which presumably cost a pretty penny, as these kinds of upgrades don’t come cheap. 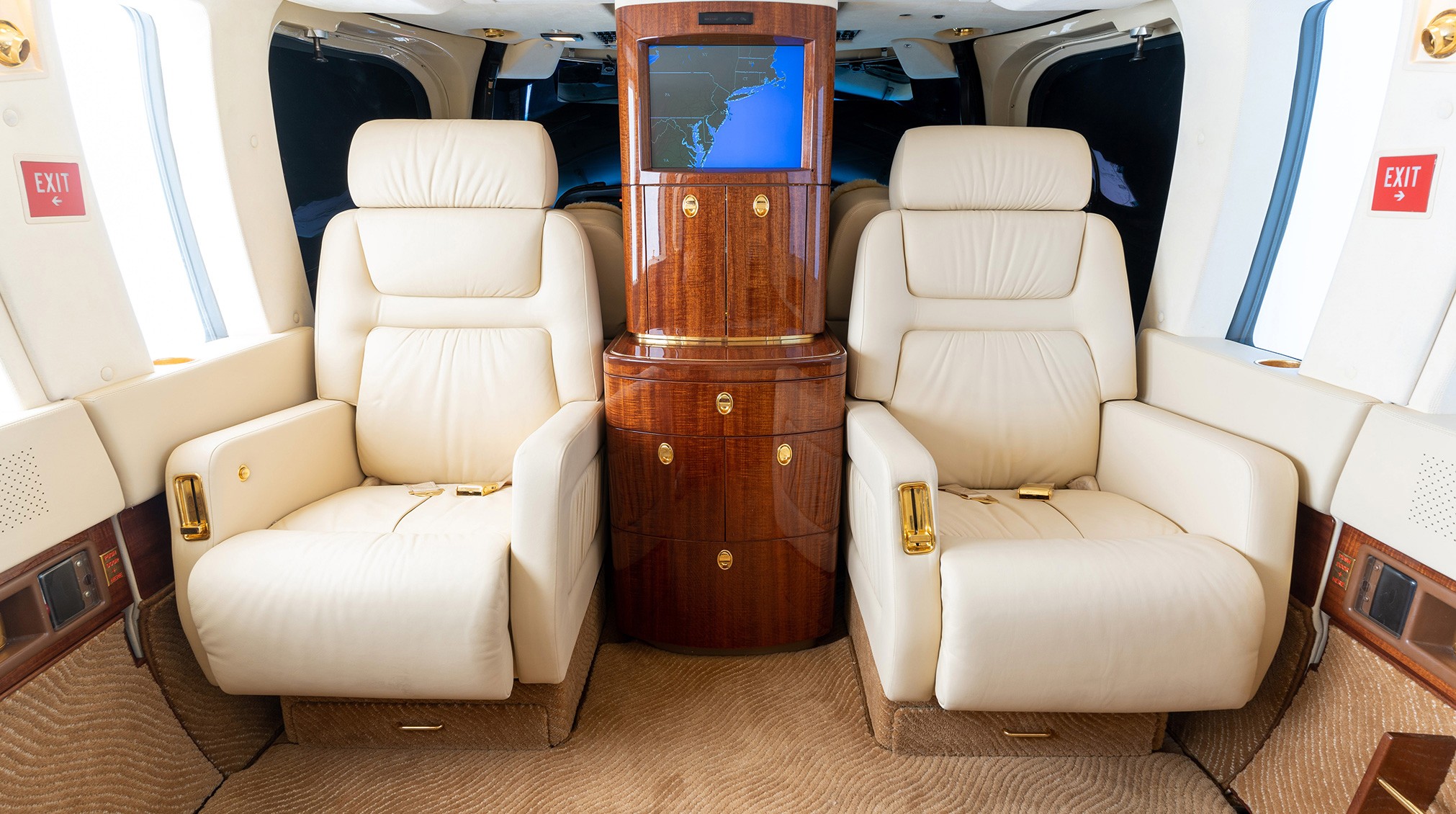 Sikorsky S-76 helicopters are a luxury model widely used for VIP travel and are very popular among celebrities, wealthy people, and heads of states. Queen Elizabeth II of England uses one, as did Kobe Bryant in that fateful crash that claimed the lives of him, his daughter, and seven others earlier this year. I actually flew in one last year from San Francisco to Napa, and the ride was incredibly smooth.

While appraisers believe a helicopter of this vintage is worth somewhere between $875K and $1.4 million, given the Trump association and interior upgrades, it could go for considerably more than that, especially if multiple parties are interested. According to Jet Edge Partners, there’s already a sale pending, so clearly this listing caught people’s attention.

Related Topics:Donald TrumphelicopterThe Apprentice
Up Next

Samsung 110-Inch MicroLED TV Is Amazing, But Damn Its Expensive