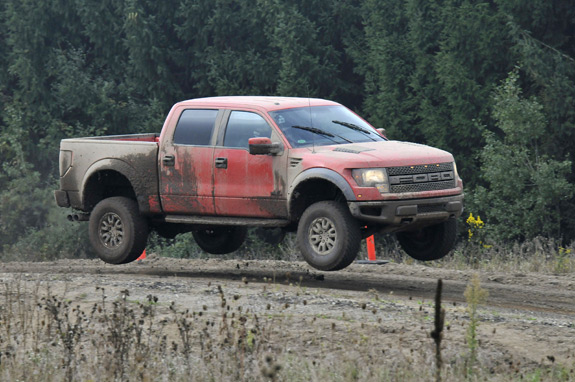 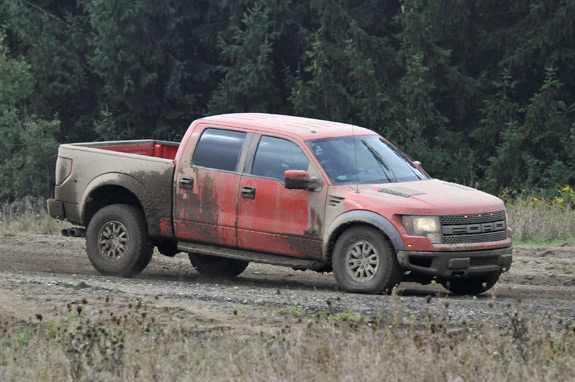 I’m a huge fan of the F-150 SVT Raptor, so I was really looking forward to taking the truck off-roading. Unfortunately, the folks at Ford decided that was probably too dangerous, so they instead setup a course that we had to navigage in reverse, using only our backup camera.

It was pretty strange, and didn’t really tell us much about the Raptor. But when we had our hotlap with Metal Mulisha’s General Brian Deegan, we were able to see the full potential of the truck. The ride was freaking epic, so I’m willing to look past the tame “challenge”.. 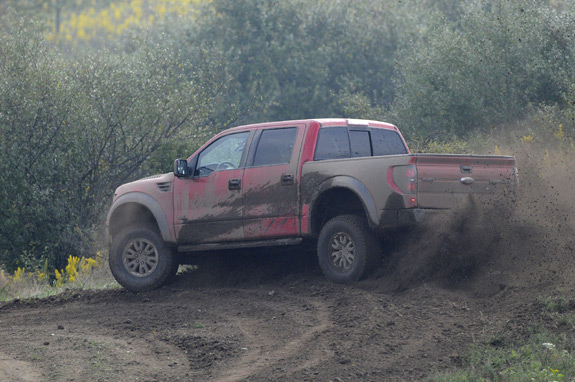 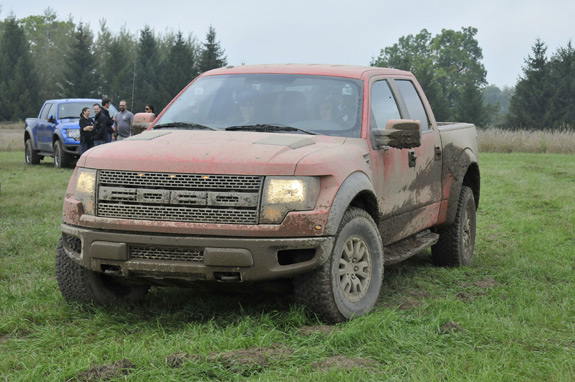 As you can see from the pictures above, Deegan was driving the Raptor balls-to-the-wall, and I think even he was surprised at how capable this 100% stock truck was! I’m not a truck guy, but the Raptor made me an instant convert..

They had a GoPro pointed at me during the lap, but all it showed was me grinning from ear to ear as my head bobbed from side to side. Not too exciting, so instead I’m including an in-car video another journalist shot that same day:

It was a killer ride, and you could tell that Deegan was having as much fun as we were. Everytime we got airborne, he giggled. It was awesome! 🙂 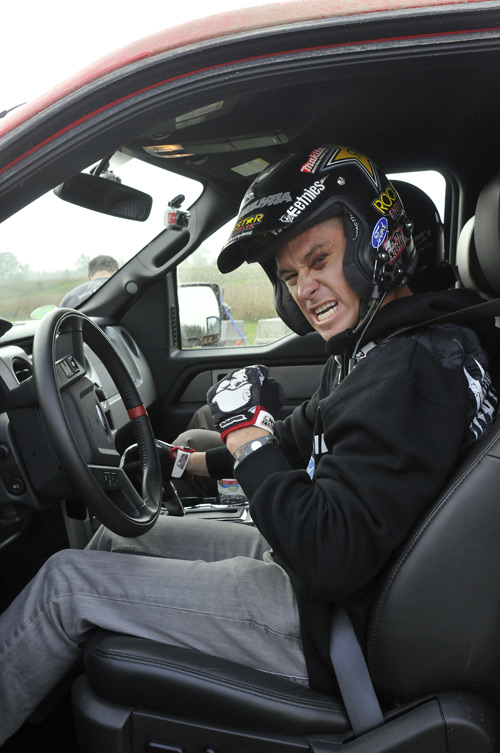 I can only imagine what Brian Deegan has in store for his Octane Academy contestants. I can’t wait to watch those episodes when they air!