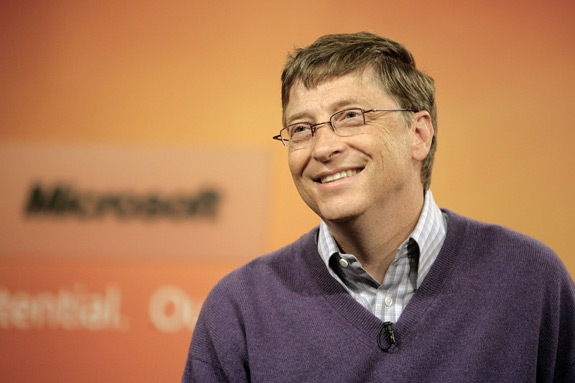 I was in the airport VIP lounge en route to Seattle last night. And guess what?! While in there, I noticed Bill Gates sitting comfortably in the corner, enjoying a drink discreetly by himself.

I was meeting a very important client who was also flying to Seattle, but she was running a little bit late. Well, being a straightforward kind of guy, I approached the billionaire Microsoft chairman, introduced myself, and said, “Mr. Gates, I wonder if you would do me a big favor.”

“I’m sitting right over there,” pointing to my seat at the bar, and I’m waiting on a very important client. Would you be so kind when she arrives as to come walk by and just say, ‘Hi, Trent,’?”

“Sure.” he said politely.

I shook his hand and thanked him and went back to my seat. About ten minutes later, my client showed up.

We ordered a drink and started to talk business.

A couple of minutes later, I felt a tap on my shoulder. It was Bill Gates.

Photos Guaranteed To Make You Laugh!

The Onion’s Take On The Recent Chick-Fil-A Drama