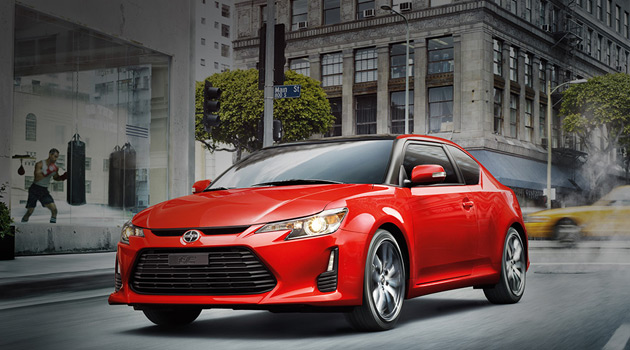 Some may be offended by the idea that Toyota tried to brand their generation by offering them only one style of car. After all, the Scion line of cars was specifically designed based on research done regarding the interests and consumer trends of Generation Y. One would think that their research would have also revealed how much this current generation detests being grouped into any sort of demographic whatsoever.

So, after such a blatant act of overly-assumptive thinking, why would one want to lower themselves to driving a Scion tC? What could such a car offer to drivers that overcomes its manufacturer’s boldness in presuming to know what it is they want? Well, for starters, Toyota has earned a solid reputation for providing generations of customers not looking to be inundated with luxury with affordable, dependable vehicles that make driving simple and fun again. Former standard models like the Celica were among some of the best sellers in the history of the brand. It was that history of simplicity in driving, combined the option to add in the current “bells and whistles,” that the company’s generational research pointed to as to what younger drivers really want.

What the tC Offers

All of this information led to development of the Scion line, with the tC being one of the more popular models among it. And as customers got over the shock of Toyota’s bold new marketing strategy, legitimate reasons began to emerge as to why one would want to own and drive a tC.

Don’t look at the Scion tC or any other of the Scion line of vehicles as an insult towards today’s generation. Rather, see Scion cars for what they truly are: smart, affordable vehicles that provide all of the performance quality and standard features as any other vehicle line. Isn’t that ultimately all that today’s customers want, anyway? Maybe Toyota knows and understands them better than many think.

Related Topics:ScionScion tC
Up Next

My Top Picks From The Detroit Auto Show