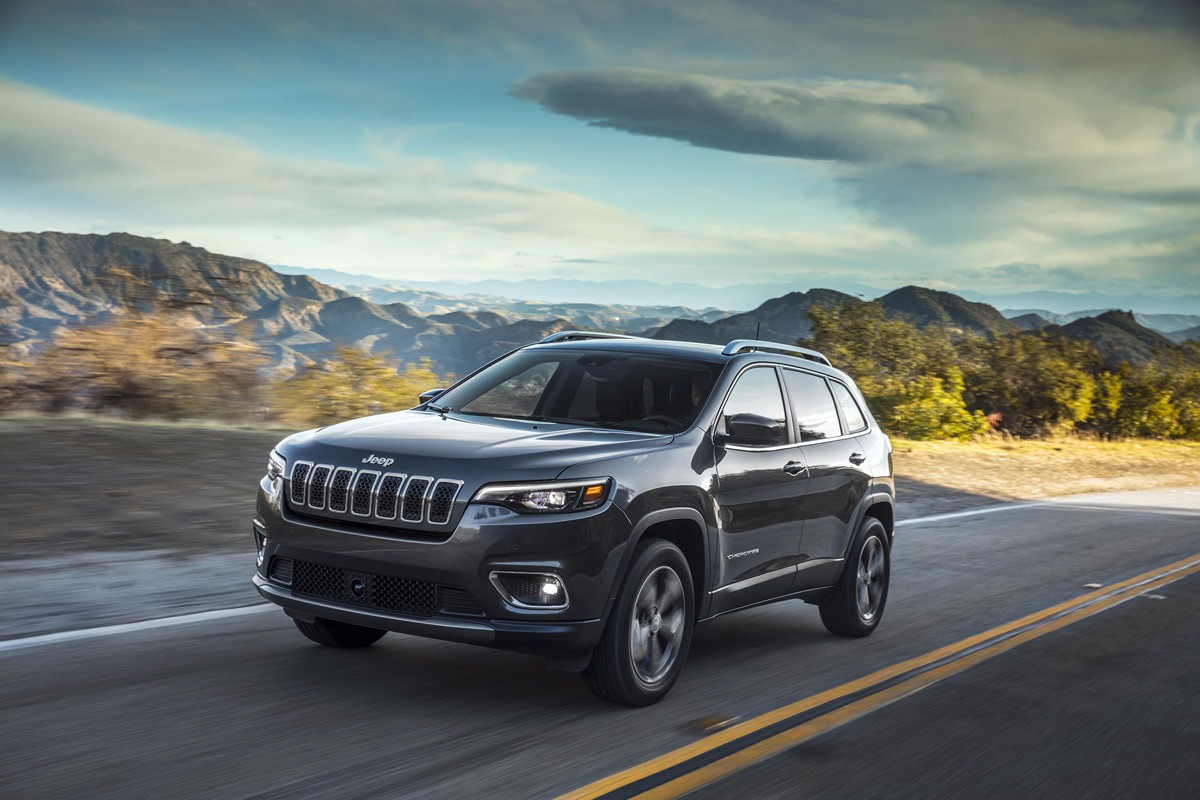 Jeep decided to completely revamp the Cherokee for the 2019 model year. They’ve kept most of the things that made the previous-generation Cherokee a winner, but gave it a serious makeover to get rid of the ugly. We spent a week with the rig and thoroughly enjoyed its new design.

Surprisingly enough, the Cherokee is Jeep’s best-seller. So much so that Fiat Chrysler decided to drop the Chrysler 200 and Dodge Dart from their lineup in order to free up production lines to make more Jeeps. This despite the beating the car took from the automotive press over the 2015-2018 Cherokee’s beak-nosed design. Buyers were won over by the Cherokee’s excellent dynamics, Jeep-worthy off-road credibility, and smoothly upscale interior.

The 2019 Jeep Cherokee keeps those high points for the crossover, but ditches the beak nose for a more Jeep-contemporary flat face to house the vertical slotted grille. This puts the Cherokee more clearly into the lineup of Jeep crossover-SUVs, where it rides beneath the larger Grand Cherokee and above the smaller Compass. It’s no longer the odd man out in the Jeep family. 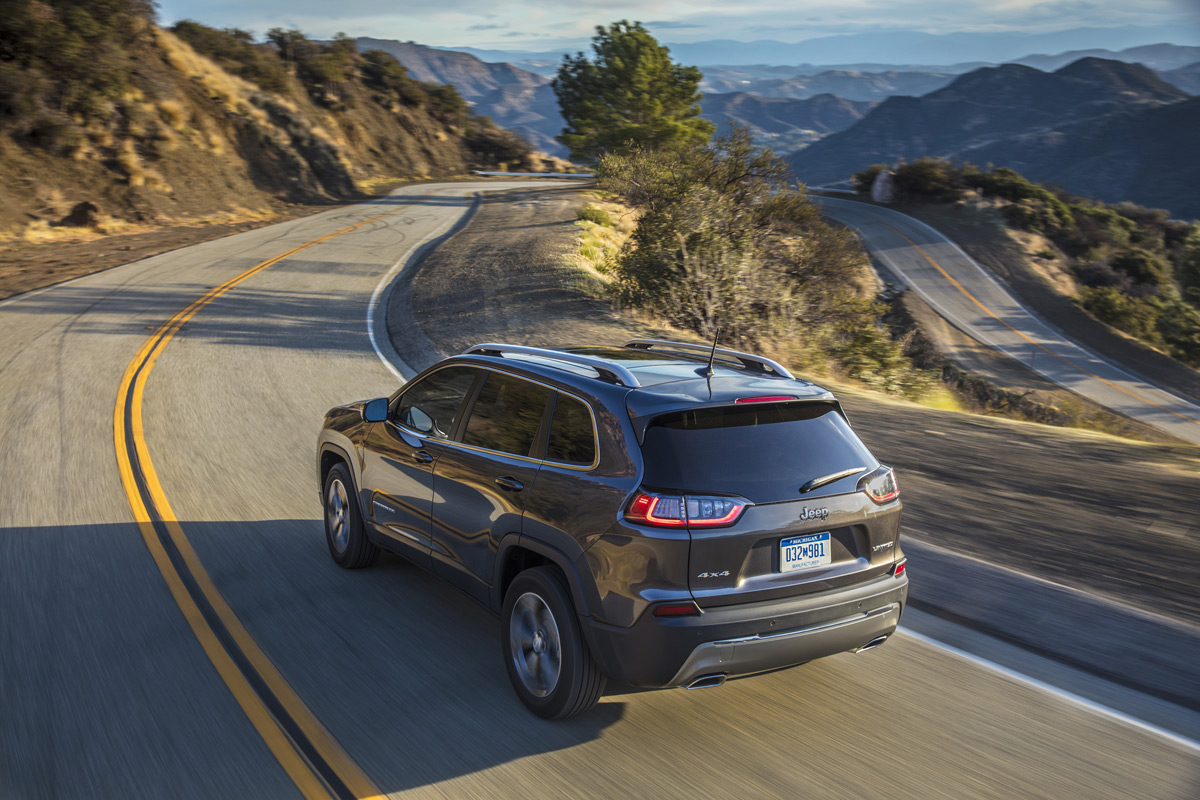 Also added for the new 2019 Cherokee are new powertrain choices. A new turbocharged four-cylinder engine is now offered, as is the venerable and well-vetted, basic 2.4-liter four and the smooth 3.2-liter V6 upgrade. The turbo-four is meant to split the difference between the 2.4 and the 3.2 and does a very good job of it. So much so that we’d say it’s our preferred engine for the Cherokee.

The base model’s 2.4-liter four-cylinder “Tigershark” engine has been with the Jeep (and Chrysler) lineup for years as a steady puller in a lot of vehicles. It offers up to 30 mpg on the highway, per the EPA. The V6, on the other hand, has been the go-to for Cherokee buyers who want more oomph and better towing capability. It’s rated at 271 horsepower and 239 pound-feet of torque and receives an EPA fuel economy estimate of up to 24 mpg on the highway.

Enter the new 2.0-liter turbocharged four-cylinder, which outputs an impressive 270 hp and 295 lb-ft of torque. The EPA rates this engine at up to 31 mpg on the highway. That beats the base model’s highway rating and adds more torque than the V6. Power outputs in the 2.0L are quicker on the draw, coming at lower RPM, and the towing capability between the turbocharged four and the V6 is a mere 500 pounds. All for an upgrade price that is only about $500 over the six. The punchier responses, better fuel economy, and strong torque output while off-road are all good reasons to think of the 2.0L turbo-four as the best engine option for the 2019 Cherokee. Until Jeep decides to make a Trackhawk or diesel version, that is. Then bets are off. 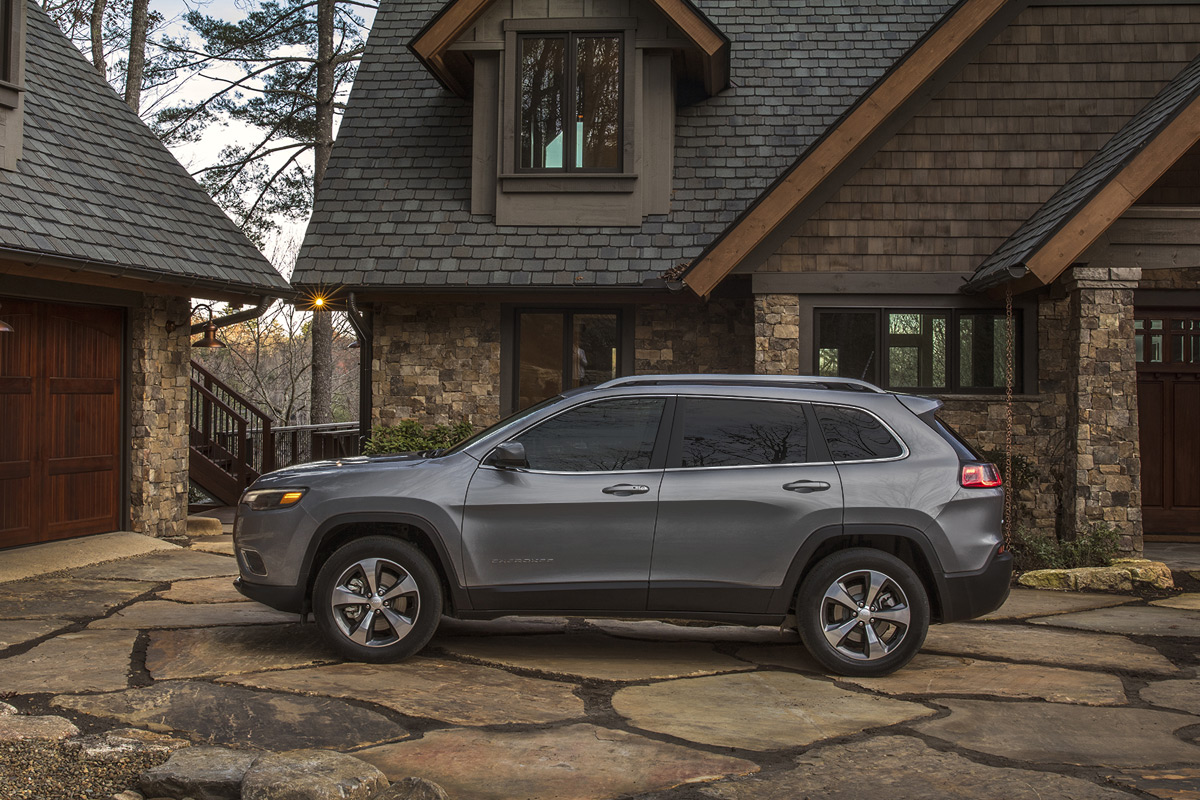 Going inside the new 2019 Jeep Cherokee, we assumed that with all of this opportunity for Jeep to screw things up with the Cherokee’s upgrade, this is where they’d do it. We were disappointed. Jeep kept the upscale interior and smart design of the previous-generation Cherokee largely intact with this new one. They even made it better. The center stack has been redesigned to be less bulky and the cargo area has been tweaked to add more usable space. Our greatest complaint from the previous-gen Cherokee (and all Jeep models) was the continual use of monotone (usually black) colors in the cabin. That’s also changed, with Jeep adding more trim items to give offsets and contrasts for a more interesting look.

The interior of the new 2019 Cherokee isn’t roomier on paper, but it feels more open and spacious thanks to the changes made. New details like the padded slot under the infotainment screen and above USB plugs for a phone or MP3 player and the larger door slots are upgrades in ergonomics too. Remaining are the well-done seating up front and the truly three-across rear seat for the Cherokee.

Infotainment is still the best-in-the-business Uconnect system, of course, which now features Android Auto and Apple CarPlay as standard. The crisp graphics, text-to-speech capability, and available Wi-Fi hotspot option are all great things that go along with the easily-understood menus and crisp graphics. 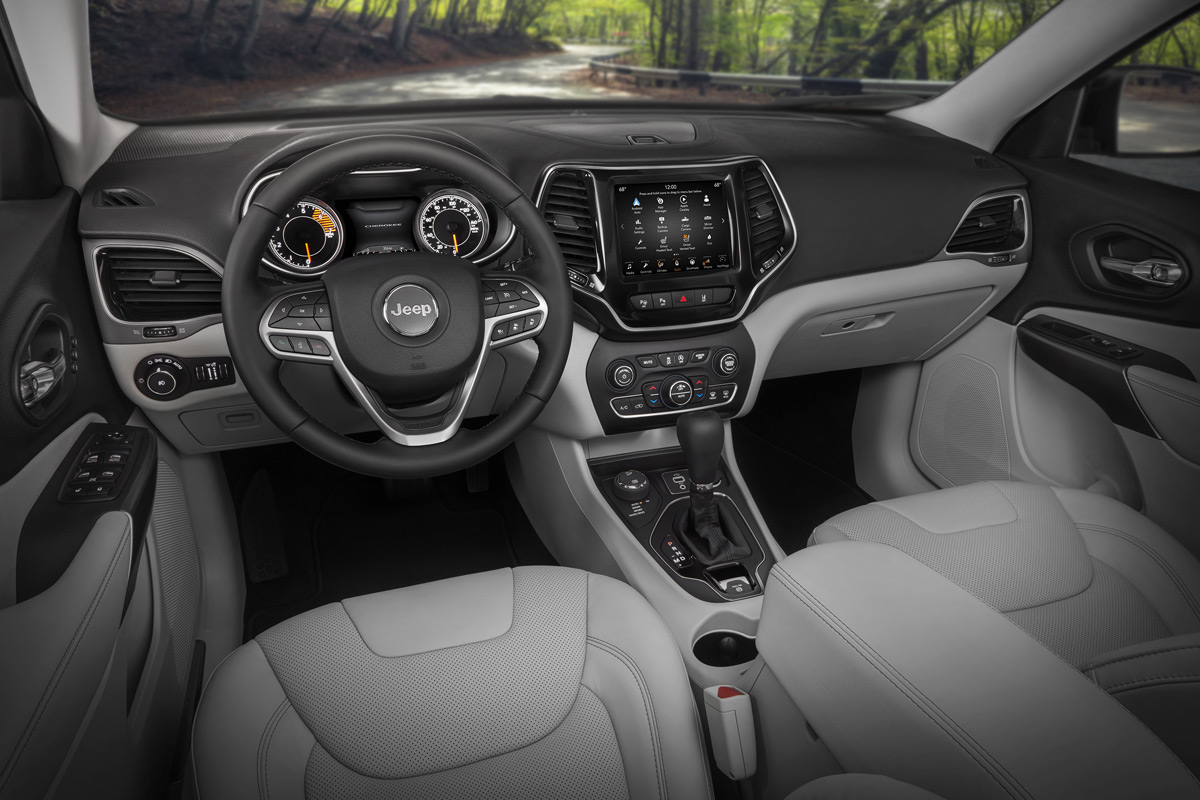 Cargo space in the 2019 Cherokee is measured at 25.8 cubic feet behind the second row, expanding to 54.9 cubes with the second row folded. Which it does in a split-fold as standard. Tie-down points in the cargo area are standard in the Cherokee and side pockets behind the wheel wells are now deeper and more accommodating for milk jugs and the like.

During our week with the 2019 Jeep Cherokee, we drove it on the road, off the road, and off the map. Because #JeepThing. We had kids in it, ran it solo, took it as a couple’s drive, and more. In every way it was a good drive. Ours was equipped with four-wheel drive and the Freedom Drive II transmission option, which has deeper low gears and more off-road capability. Other options would include front-wheel drive and the lighter-duty, more mainstream all-wheel-drive-like Freedom Drive I. For most buyers, FD1 is more likely to fit needs and leaves plenty of off-pavement capability intact in the Cherokee.

Related Topics:2019 Jeep CherokeeJeep
Up Next

Learning About Towing Fundamentals With The GMC Sierra Denali