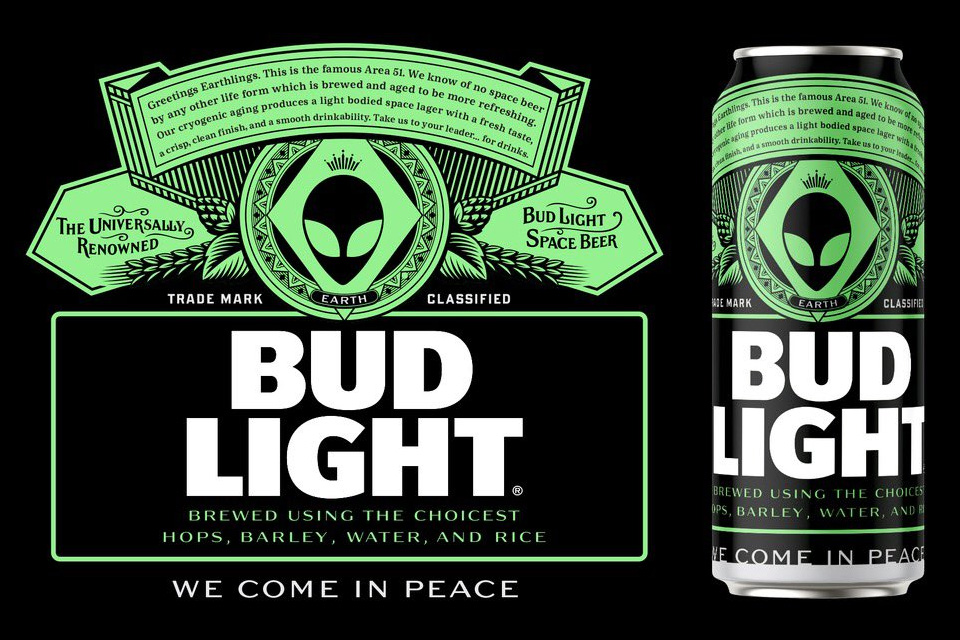 A few weeks ago, a prankster created a Facebook Event called Storm Area 51, They Can’t Stop All of Us, and it went viral in a hurry, with over 1 million people signing up to raid Area 51 and “see them aliens” once and for all. Hilarious memes ensued.

Naturally, this posed an “out-of-this-world” opportunity for brands to capitalize on this viral phenomenon, with the usual suspects like Wendy’s, Burger King, and DiGiorno all getting involved. But so did our friends at Bud Light, who did a bit of an about-face.

Initially, Bud Light distanced themselves from the whole Area 51 raid, saying “We’d like to be the first brand to formally announce that we will not be sponsoring the Area 51 raid.”

We’d like to be the first brand to formally announce that we will not be sponsoring the Area 51 raid.

Then just two days later, they changed their tune, offering free beer to any aliens that make it out of Area 51 during the September 20th raid.

Screw it. Free Bud Light to any alien that makes it out. https://t.co/AOWOYL3Oyp

But that’s not all. Bud Light doubled-down on the promise by serving up a Bud Light Area 51 Special Edition can, which they vowed they’d put into production if they got 51,000 retweets.

If you can’t read it, the top of the can reads, “Greetings Earthlings. This is the famous Area 51. We know of no space beer by any other life form which is brewed and aged to be more refreshing. Our cryogenic aging produces a light-bodied space lager with a fresh taste, a crisp, clean finish, and a smooth drinkability. Take us to your leader…for drinks.”

Bud Light is well on their way to reaching their goal of 51K RTs, with over 38,000 retweets and counting. So c’mon people, retweet this and lets get these sweet cans put into production.

And lets see them aliens! 👽

Related Topics:aliensArea 51Budweiser
Up Next