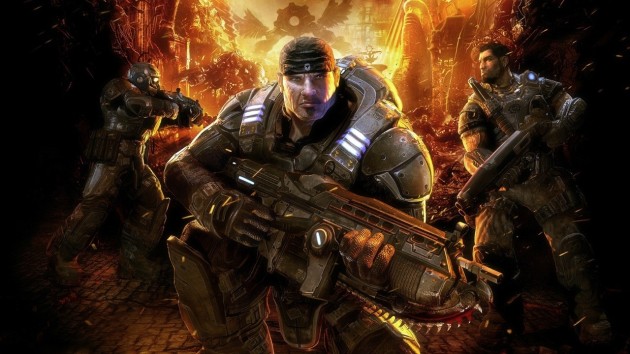 One of the best video games trailers from last generation was for Gears of War. Not only did the visuals look insanely impressive for the year 2006, but the trailer had no sound aside from the song “Mad World” playing. Despite seeing Marcus Fenix running, rolling, dodging and eventually unleashing a hail of bullets from his lancer at a Corpser enemy, that haunting music just continues to play with no other sound. It was a pretty cool and powerful advertisement back in the day.

Now Gears of War is being remasterd for the Xbox One with their new Gears of War: Ultimate Edition, and we have a new remastered trailer to go along with it. This new trailer is much more action packed, features more of our favorite Gears heroes than just Marcus, and it runs a bit longer as well.

But in sticking with the original, the only sound you will hear during this video is that same haunting melody, as “Mad World” provides the soundtrack to the destruction and chaos.

We are including both videos here so you can see the original and compare it to the new hotness that is the Ultimate Edition trailer. Enjoy.

Gears of War: Ultimate Edition launches exclusively on Xbox One on August 25th, and you can place pre-order now at Amazon.com.