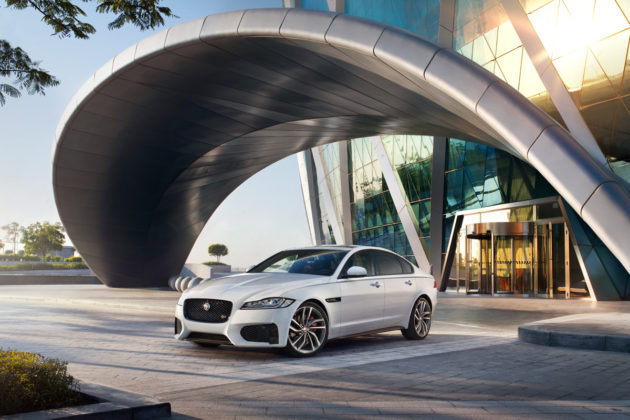 When most people think of Jaguar, they think of the big, stately XJ sedan with its beautiful, old world appeal. The XF, which has been completely redesigned for 2016, is the XJ’s smaller sibling. But it uses the same excellent powertrain, resulting in more muscle on the road.

Everything about the 2016 Jaguar XF is meant to evoke a feeling. Its exterior reminds us of British style and old world luxury while its interior combines this appeal with reminders that James Bond is, indeed, a subject of the Queen. Unlike the German makes in this segment, the XF offers a little more in the interior experience than the price tag might suggest and a lot more to the drive than just pure engineering. There is emotion here, and it’s definitely a win over point for us. 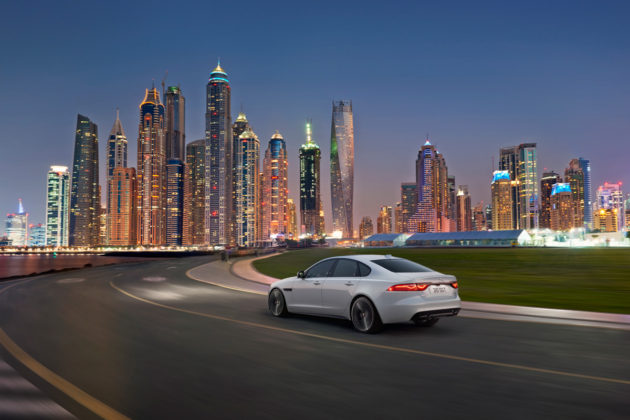 While the midsize luxury sedan market has no shortage of entries, the Jaguar XF stands out for its appealing looks and understated capabilities. The new XF has a slightly longer wheelbase, with the axles being further extended into the corners, and a larger interior. This also adds superior dynamics on the road, especially in corners. With the new aluminum bodywork resulting in lighter weight, the XF also gains in its horsepower to weight.

There are four trim levels for the Jaguar XF, starting with the Premium and ranging through the Prestige (as we drove it), R-Sport, and S. Each level adds luxury accommodation or powertrain and chassis upgrades, depending on focus. 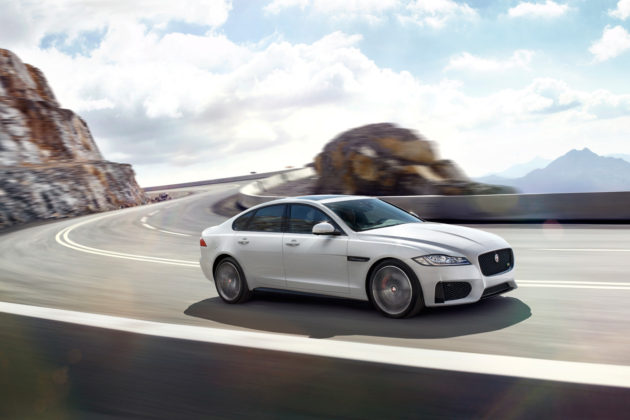 The Premium focuses on value, but doesn’t skimp on the goodies with plenty of accoutrements as standard equipment. The Prestige is the volume seller with slightly larger wheels, parking sensors, heated seating and steering, interior accent lighting, and smartphone app integration for infotainment. The R-Sport is perfect for the performance focused, and the S trim adds even more sport-centric additions.

Driving the XF is a supercharged 3.0-liter V6 and eight-speed automatic transmission in rear-wheel drive. All-wheel drive is an option. The base engine puts out 340 horsepower and 332 pound-feet of torque, with the S model putting down 380HP. New for 2016 is an All-Surface Progress control system, which comes standard. This applies power to the wheels to maximize traction in varied road conditions and we noted that it greatly improved the traction and control in the rear-wheel drive model we had, especially in bad weather. 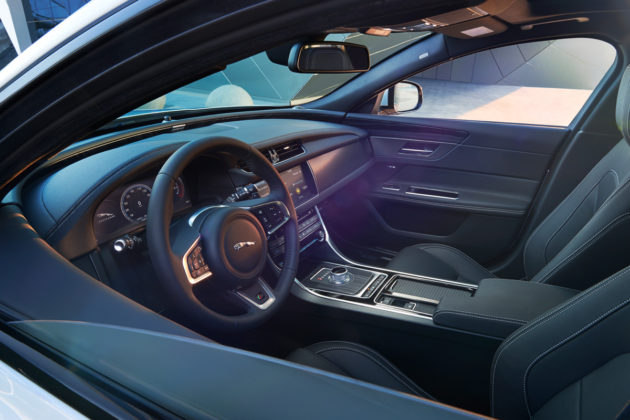 XF models equipped with the Adaptive Surface Response Mode (standard on AWD models with the adaptive suspension) take this a step further by changing suspension, brakes, suspension, and transmission settings on the fly to suit road surface changes.

With all of this technology, it’d be easy to think that the XF has lost its love of the road. That’s not the case, as the 2016 Jaguar XF not only delivers 5.5-second 0-60 mph acceleration at any time of the day, but it feels bigger and more powerful to drive (while remaining very nimble) thanks to its expanded interior dimensions. The supercharged six delivers power quickly and smoothly, all the time. The road translates lightly into the cabin, with just enough input to keep driver interest level high.

The 2016 Jaguar XF is a beautiful piece of old world machinery with a fine touch of motoring and enthusiasm. Like the larger XJ, it’s a piece of art to both observe and drive, but has a bit more fun in its makeup thanks to its smaller size and lighter weight. The XF is a pinnacle of motoring.

Related Topics:2016 Jaguar XFJaguar
Up Next

The New Ford GT Will Set You Back Nearly $450K.. Assuming You Can Get One

Andrew Comrie-Picard On How To Stay Safe In Rainy Weather