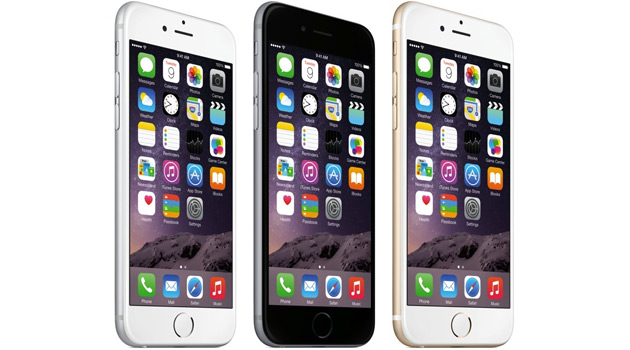 I’ve been a loyal iPhone user since the very beginning, but I’ve never been one of those people who camped out in line for it. However, in most cases I’ve been fortunate enough to get the new iPhones either on launch day or very soon thereafter.

Having skipped the iPhone 5S (because there wasn’t enough new features to warrant the upgrade), I was eager to get my hands on the iPhone 6, and the sooner the better, as I feared that trade-in prices on the iPhone 5 would quickly drop as a glut of used iPhones flooded the market. So on the way to breakfast this morning, I decided to drive by my local Apple Store to see if I could score an iPhone 6.

What a mistake that was!

Our store opened at 8am, so I naively figured that if I came at 8:30am, the initial rush would have subsided. Instead, I was greeted by a line that wound down the block all the way to the corner! Still, I got in line figuring that it would move fast. And when an Apple employee can out and told us that the iPhone 6 Plus was sold out, I was optimistic that many of those in line would leave. And while a few people did indeed leave, it didn’t help the line situation too much.

Still, I decided to stick it out, as I was guaranteed a phone given my place in line, and I believed I was getting the best trade-in price for my iPhone 5 from Apple. Two hours in, and the line was CRAWLING, and my stomach was growling because I never made it to breakfast. But an Apple employee had reserved a phone for me a few minutes earlier, so I was excited about that. Still, the line hadn’t moved much in the past 20 minutes or so.

Another 40 minutes passed, and the line literally had not moved one bit. I suspected they were having some computer problems inside the store, but none of the employees were fessing up. Eventually, another person in line called an AT&T store that was located in the same shopping center (what?!), and she said they had all of the phones, with only 10 people in line!

This person told me they’d save my spot in line if I wanted to go check it out, so I ran over to the store, and sure enough, the line was miniscule. Unfortunately, they were only letting in one person every 5 minutes or so. A few people dropped out of line, and 40 minutes later, I was walking out with my new Slate Grey 64GB iPhone 6. AT&T gave me $200 in trade-in for my iPhone 5, which I was able to immediately apply to the iPhone 6, so the upgrade only cost me $99 plus fees.

As I drove out of the parking lot, I saw the people I was standing in line with. The line had moved, but if I had to guess, I’d say they were going to be there for at least another hour, making it a 5 HOUR WAIT for the iPhone. That’s just crazy. I’ve always gone to the AT&T store in the past with great luck, and I should have done the same this morning. In the end, that mistake cost me 3 hours that I’ll never get back.

But nonetheless, it was an interesting experience, seeing the whackos who camped out all night in the cold, just so they could get the new iPhone 6 before anyone else. Strange, I don’t really get those people..

In any event, the new iPhone seems pretty cool so far, but it’s REALLY thin compared to the outgoing phone, which was pretty svelte to begin with. It made me super nervous, so the first thing I did was order an iPhone 6 case from Amazon, as the last thing I want to do is drop it. The Apple Store has some iPhone cases for sale, but I think they’re really overpriced compared to the ones for sale on Amazon.

Why The Galaxy S5 Is Great For Fitness Enthusiasts