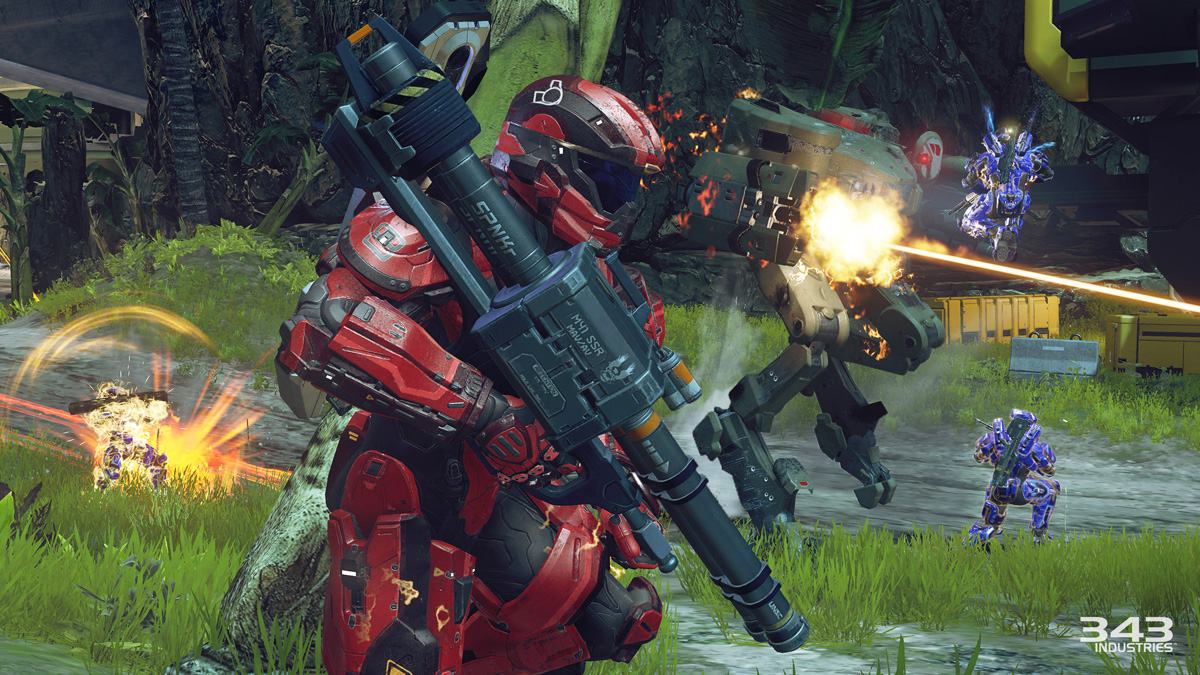 Halo 2 defined the modern online shooter, and Halo 5: Guardians picks up the gauntlet, making Halo relevant again in the world of online shooters.

From the start, it is important to understand that Halo 5‘s multiplayer component is split into two major pieces. There’s the competitive, fast and aggressive Arena mode, and there’s the more relaxed and dynamic Warzone modes.

For anyone who loves the pure and unfiltered shooter experience that previous Halo games provided, Arena is the mode to go with. Based around small to mid-size maps, Arena sees 4v4 battles that are decided by skill and tactics. Where Call of Duty gives players full control over weapon loadouts and skills that favor long-time players, Halo’s Arena mode gives every single player the exact same starting gear, meaning that there is no unfair advantage to other players beyond pure ability. The maps are littered with powerful weapons to use, but they are constantly marked, so even if you are new to a map, you won’t be completely lost when it comes to finding the stronger guns.

This new leveled playing field made my time in Arena more enjoyable than I could ever imagine. Even when I found myself in a game where I was being completely destroyed, I never felt upset. I knew I was simply being bested by a better player. Nothing ever felt unfair or cheap, and that is a breath of fresh air in the online shooter genre. 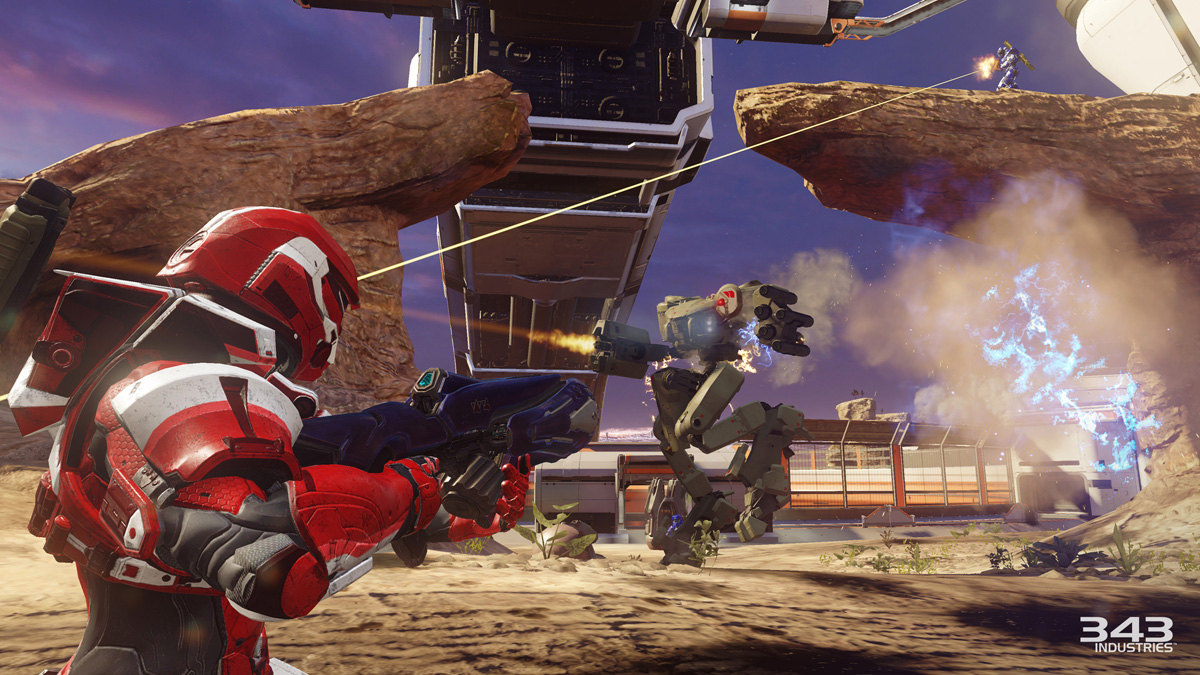 As fun as Arena was, my heart really belongs to Warzone. Warzone sees players enter a huge map that is populated by as many as 24 human players, who are tasked with large goals like base takeovers or reactor destructions. The Warzone mode is made more interesting by the addition of REQ stations that allow players to change their gear and weapons in exchange for REQ points. Basically, each player starts with the same gear, but as the match goes on, they will receive REQ points for killing enemies, assists, and capturing target points on the map. They can then spend these points on bigger and more powerful weapons to give them an advantage. This also adds another layer of strategy to the game. Do you spend your REQ points frequently to get slightly better weapons every respawn, or do you save them up with the hopes of buying a Scorpion tank to help finish off the attack towards the endgame? So far both strategies seem to be equally effective. The balance is marvelous.

While the two 12-man teams face off to complete their objectives, they are also being attacked by a random collection of Covenant and Prothean forces. These NPC enemies are more than just a nuisance though, as each one killed also adds REQ points and scoring, so players who may be less skilled can still help out by decimating the NPC forces and helping to support their team without taking on other Spartans directly. It is just one more facet to an already engaging and well-designed multiplayer experience. 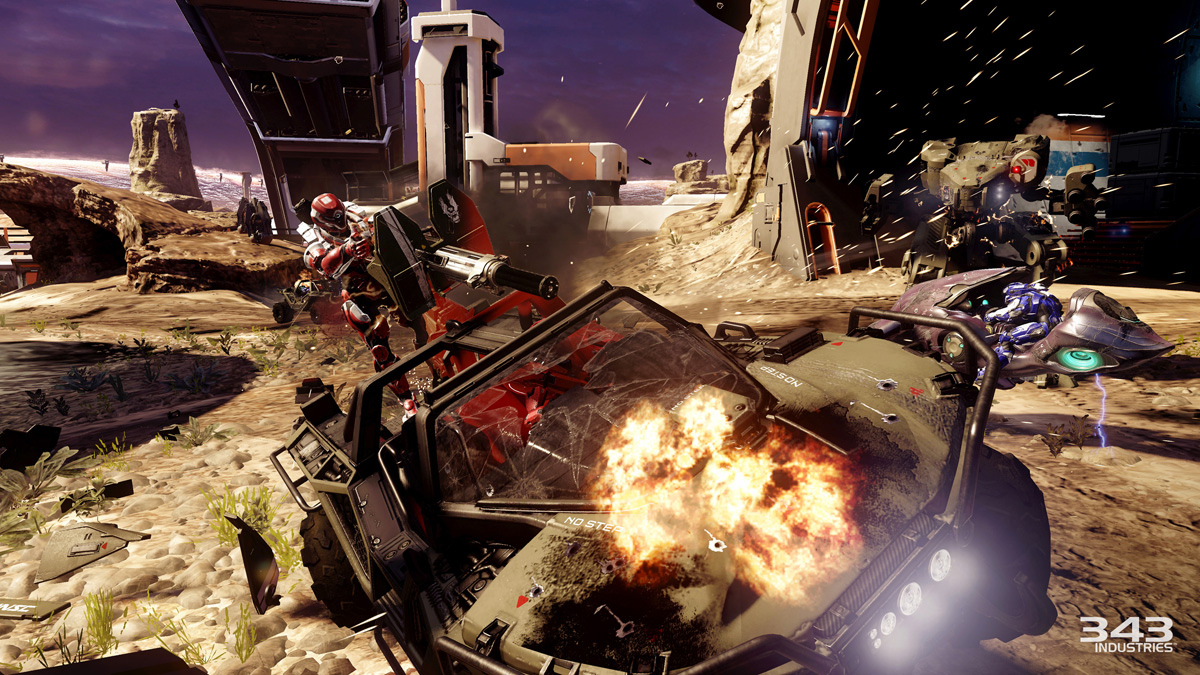 With this new REQ system comes the introduction of REQ Packs. These are like packs of trading cards that have varying effects and items that can be used in game. As you play each map you are awarded points that can be used to buy REQ packs, and in these packs you will find new weapons for Warzone matches, as well as new visual items for your Spartan and their weapons. You can also find special booster cards that will provide bonuses like extra experience during certain matches to help accelerate your multiplayer advancement.

In a bid to make some extra cash, 343 is allowing players to pay real money for REQ packs. Thankfully, the design of Halo 5’s multiplayer means that even players who spend hundreds of dollars on REQ packs won’t have a distinct advantage over any other player.

While the addition of a microtransaction scheme may give players a sour taste, it won’t impact the competitive nature of the game, and 343 is also giving every DLC map to players for free. If I had to choose, I would much rather have unimportant visual items as a paid extra, while the useful and fun multiplayer maps get dropped for free.

If you have been hoping for a new, refreshing and better multiplayer experience than what is currently offered on the Xbox One, Halo 5: Guardians is just what you are looking for.

Keep reading to see what my verdict is for Halo 5: Guardians: